Meat and Livestock Australia (MLA) reports that the Australian beef industry has reduced its environmental footprint over the past 30 years. The results are presented in a new paper in Agricultural Systems, and in a press-release MLA writes that:

“Results show that improved genetic selection of animals, heavier finishing weights, increased survival rates, capping of artesian bores and a decline in irrigation, as well as an increase in lot feeding since the early 1990s, have been key developments in reduced environmental impact and improved productivity.”

The Meat & Livestock Australia (MLA) commissioned the Life Cycle Assessment study and some of the key results presented were that the industry had: reduced greenhouse gas (GHG) emissions intensity by 14%;  reduced consumptive water use for beef production by 65%, down almost a third from 1981; reduced land occupation for grazing per unit of production by 19%; while land use emissions were estimated to have been reduced by 42%.

The abstract and citation of the Agricultural Systems paper are as follows:

Over the past three decades major changes have occurred in Australia's beef industry, affecting productivity and potentially the amount of resources used and environmental impacts from production. Using a life cycle assessment (LCA) approach with a ‘cradle-to-farm gate’ boundary the changes in greenhouse gas (GHG) emission intensity and key resource use efficiency factors (water use, fossil fuel energy demand and land occupation) are reported for the 30 years from 1981 to 2010, for the Australian beef industry. The analysis showed that over the three decades since 1981 there has been a decrease in GHG emission intensity (excluding land use change emissions) of 14% from 15.3 to 13.1 kg CO2-e/kg liveweight (LW). The improvement was largely due to efficiency gains through heavier slaughter weights, increases in growth rates in grass-fed cattle, improved survival rates and greater numbers of cattle being finished on grain. However, the increase in supplement and grain use on farms, and the increase in feedlot finishing, resulted in a twofold increase in fossil fuel energy demand for beef production over the same time. Fresh water consumption for beef production dropped to almost a third from 1465 L/kg LW in 1981 to 515 L/kg LW in 2010. Three contributing factors for this dramatic reduction in water use were: (i)an increase in the competitive demand for irrigation water, resulting in a transfer away from pasture for cattle to higher value industries such as horticulture, (ii) an initiative to cap free flowing artesian bores in the rangelands, and (iii) an overall decline in water available for agriculture compared to industrial and domestic uses. While there was higher uncertainty relating to estimates of land occupation and emissions from land use (LU) and direct land use change (dLUC), an inventory of land occupation indicated a decline in non-arable land occupation of about 19%, but a sevenfold increase in land occupation for feed production, albeit from a low base in 1981. GHG emissions associated with LU and dLUC for grazing were estimated to have declined by around 42% since 1981, due largely to legislated restrictions on broad-scale deforestation which were introduced progressively between 1996 and 2006. This paper discusses the prospects and challenges for further gains in resource use efficiency and reductions in greenhouse gas intensity for Australian beef production.

See the MLA press-release here and the full paper from Agricultural Systems here. An article from Global Meat News also covers the story. You can read it here. 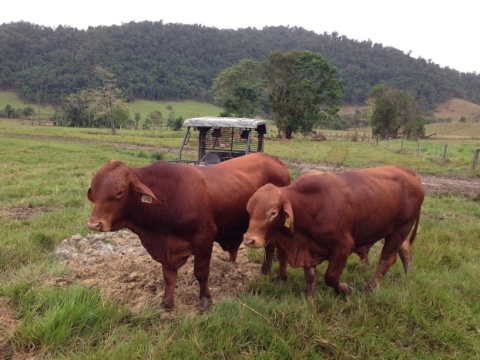