Substituting beans for beef can contribute towards US climate change targets

This study by FCRN member Helen Harwatt and colleagues seeks to determine whether simple dietary changes can make a meaningful contribution to greenhouse gas (GHG) mitigation efforts, by considering a very simple example of US consumers substituting beans for beef in their diets. The study uses available life cycle assessment (LCA; see Chapter 2 of foodsource) data to predict the change in GHG emissions that would be associated with a substitution of beans for beef (substitution on the basis of calories, and on the basis of protein content). They place these projected changes in the context of US 2020 GHG reduction targets.

The authors begin by outlining the contribution of food systems in general, and livestock farming specifically, to GHG emissions (a topic about which you can read more in Chapter 3 of foodsource), the technical GHG reduction potential of these sectors, and the dilemma of increasing global demand for meat outstripping this potential.  They comment on the lack of attention that the food system in general, and dietary changes specifically, have been given in discourse and policy about climate change mitigation. They advocate for dietary changes being a necessary part of climate change mitigation, and present their analysis as a proof-of-concept – i.e. using a simple dietary substitution, can real GHG mitigation be achieved?

The method employed is based in the first instance on the assumption of total substitution of beans for beef in US diets (i.e. analysis of the outcomes of switching out all beef consumption for bean consumption on a calorie- or protein-equivalent basis). Using a reasonable mid-point of published LCA data for the GHG emissions associated with beef and beans (US and global data separately), they calculate the emissions changes associated with a dietary substitution on both energy (calorific) and protein grounds, in the absence of all other GHG emissions strategies, and describe in the methods which sources of emissions are included in the calculated footprint of both beef and beans.

The key findings of the analysis are:

The authors conclude that the large contribution of livestock farming to GHG emissions as well as the immediacy of its impacts (i.e. the strong short-lived impacts of methane) make dietary shifts away from meat an achievable, impactful and a viable part of climate change mitigation strategy (at least within the US).

While this is a welcome positive conclusion, it is important to note the simplicity of the analysis and its underlying assumptions, and to acknowledge the complexity of issues around dietary shifts – this study should be treated in the way it seems to be intended by the authors: as something of a back-of-a-napkin thought experiment, and grounds for further feasibility research.

Shifting dietary patterns for environmental benefits has long been advocated. In relation to mitigating climate change, the debate has been more recent, with a growing interest from policy makers, academics, and society. Many researchers have highlighted the need for changes to food consumption in order to achieve the required greenhouse gas (GHG) reductions. So far, food consumption has not been anchored in climate change policy to the same extent as energy production and usage, nor has it been considered within the context of achieving GHG targets to a level where tangible outputs are available. Here, we address those issues by performing a relatively simple analysis that considers the extent to which one food exchange could contribute to achieving GHG reduction targets in the United States (US). We use the targeted reduction for 2020 as a reference and apply published Life Cycle Assessment data on GHG emissions to beans and beef consumed in the US. We calculate the difference in GHGs resulting from the replacement of beef with beans in terms of both calories and protein. Our results demonstrate that substituting one food for another, beans for beef, could achieve approximately 46 to 74% of the reductions needed to meet the 2020 GHG target for the US. In turn, this shift would free up 42% of US cropland (692,918 km2). While not currently recognized as a climate policy option, the “beans for beef” scenario offers significant climate change mitigation and other environmental benefits, illustrating the high potential of animal to plant food shifts. 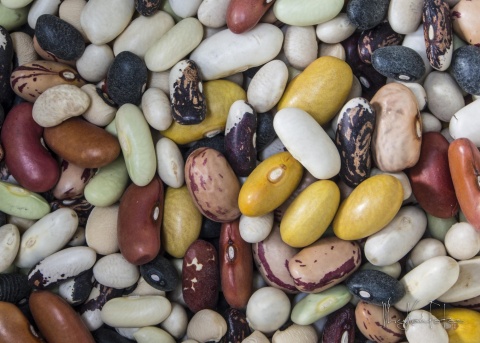