Can we say what diet is best for health?

This paper provides a schema for categorizing all diets as either: low carbohydrate; fat, low glycemic; Mediterranean; mixed, balanced; Paleolithic; or vegan.  The researchers emphasize that the aim of the research is not to recommend one particular diet over another, but rather to highlight how disease prevention and increased public health is best realised.

The authors state that following the eating recommendation provided by Michael Pollan: “Food, not too much, mostly plants” gives a good foundation for this realising this goal. The authors further argue that using tools that help to guide discrete food choices made at a particular time can be helpful to achieving long term change. Ultimately, they conclude ‘We need less debate about what diet is good for health, and much more attention directed at how best to move our cultures/societies in the direction of the well-established theme of optimal eating, for we remain mired a long way from it’.

Diet is established among the most important influences on health in modern societies. Injudicious diet figures among the leading causes of premature death and chronic disease. Optimal eating is associated with increased life expectancy, dramatic reduction in lifetime risk of all chronic disease, and amelioration of gene expression. In this context, claims abound for the competitive merits of various diets relative to one another. Whereas such claims, particularly when attached to commercial interests, emphasize distinctions, the fundamental of virtually all eating patterns associated with meaningful evidence of health benefit overlap substantially. There have been no rigorous, long-term studies comparing contenders for best diet laurels using methodology that precludes bias and confounding, and for many reasons such studies are unlikely. In the absence of such direct comparisons, claims for the established superiority of any one specific diet over others are exaggerated. The weight of evidence strongly supports a theme of healthful eating while allowing for variations on that theme. A diet of minimally processed foods close to nature, predominantly plants, is decisively associated with health promotion and disease prevention and is consistent with the salient components of seemingly distinct dietary approaches. Efforts to improve public health through diet are forestalled not for want of knowledge about the optimal feeding of Homo sapiens but for distractions associated with exaggerated claims, and our failure to convert what we reliably know into what we routinely do. Knowledge in this case is not, as of yet, power; would that it were so.

See further resources on healthy diets on our website. 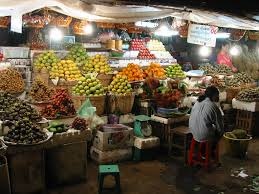