This paper provides a detailed case study of the history and controversy surrounding the proposed inclusion of sustainability information in the 2015 Dietary Guidelines for Americans, as recommended by the Dietary Guidelines Advisory Committee (DGAC) – a body composed of nutritionists, physicians, and public health experts, tasked with reviewing the evidence base for the guidelines every 5 years.

The key question asked by this study was: how have different sides arrived at their respective knowledge claims? And linked to this, what sources knowledge are seen as legitimate? To do this, the research draws on a variety of sources, including interviews with DGAC members; transcripts from DGAC meetings; the DGAC report itself; a selection of the 29,000 public comments made in response to it; as well as communications in response to the report, made by various stakeholders, such as environmental NGOs and meat industry groups.

In doing so, it shows that this was more than just a political conflict over science-based advice; it represents a more subtle and complex problem about legitimacy of ‘the science’ in the modern world, with implications for future policy action on sustainable healthy diets. To illustrate this, the analysis focusses on the normative and epistemological conflicts generated among the public, various stakeholder groups, and the scientific advice of the DGAC scientists, which it interprets by drawing on the concept of ‘wicked problems’.

Wicked problems are those “characterized by high levels of urgency, complexity, and uncertainty, and by sharp disagreements about their basic definitions, causes, and therefore the type and amount of information needed to address them”

The study points out that robust nationally generalizable findings taken from life cycle analysis, required by evidential standards for official guidelines, inevitably lack the geographic and contextual specificity that people experience as individuals. This lead to advice seemingly presenting a contradictory stance to that offered by personal experiences of food system sustainability, which in turn can act to reduce trust in the advice given and the process by which this is generated. An example given, is statements made in the comments by grassland prairie farmers

“Grasslands, or prairie, are the native habitat here. Your guidelines are considering environmental impacts of food production, so the loss of native prairie ought to be considered… Grazing by livestock is basically what is keeping the prairie alive today”

This tension between the general and the particular, is also mirrored by conflicts around generalised dietary advice, which is increasingly being challenged by a rise in what the author terms ‘dietetic individualism’. This does not reject scientific evidence, but rather challenges the scope of its applicability for everyone, exemplified by the ongoing debate over high-fat low-carb diets.

Ultimately, it argues that because generalized dietary guidance is by nature ‘a wicked problem’ made all the more complex when combined with science on dietary sustainability, simply generating more evidence of this sort, will not serve to remove future controversy about this topic. Rather, it advises that future efforts should focus on rendering such debates ‘more productive’ through the open acknowledgement of ‘uncertainties, tradeoffs and disagreements’ and by more explicitly dealing with the fact that for sustainability, beyond just dietary composition, what also matters is food’s specific conditions of production – ‘where and how, with what inputs, emissions, and exposures’.

In 2015, controversy over the Dietary Guidelines for Americans reached a new level when the government-appointed Dietary Guidance Advisory Committee (DGAC) recommended that those guidelines promote more sustainable diets, particularly those lower in animal-based foods. Although the committee found ample scientific evidence that such a shift would be a “win-win” for Americans' health as well as the environment, it met with fierce opposition on both counts, and not only from the livestock industry. This suggests how sustainable diet guidance poses a classic wicked problem, meaning one characterized by high levels of complexity, uncertainty, and epistemological conflict. While relationships between food, bodies, and environments are inevitably complex and uncertain, the controversy surrounding DGAC's recommendation offers an opportunity to explore how the scientific evidence on dietary sustainability is actually produced, and how it does or does not speak to other knowledge about eating for bodily and ecological health. To do this I look first at the research behind DGAC's endorsement of diets high in plant-based versus animal-based foods, and then at select responses in the public comments. The contrast not only highlights the incommensurability of modeled versus experiential evidence, but also suggests that efforts to promote more sustainable food consumption cannot credibly ignore questions (however unresolved) about what constitutes more sustainable production.

You can read related research by browsing the following categories of our research library: consumption and diets, health issues, governance and policy, life cycle analysis. 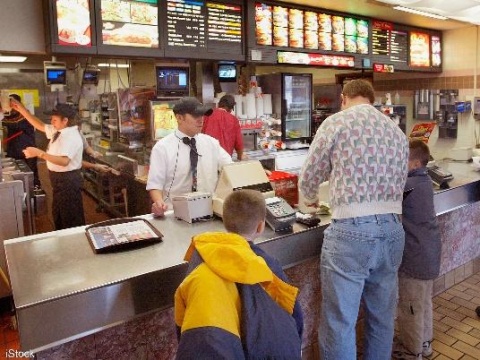