Protein futures for Western Europe: potential land use and climate impacts in 2050

This paper looks at the agricultural land requirements and GHG emissions associated with supplying Western Europe with food in 2050 from its own land base. It modelled a range of food consumption scenarios based on different ‘protein futures’ to evaluate land use and GHG emissions taking into account both production and demand side mitigation options.

The paper builds upon Garnett’s (2015) discussion paper on livestock futures and develops six different hypothetical ‘protein futures’ scenarios for Western Europe in 2050; Intensive Livestock scenario, The Dairy and Poultry scenario, The Dairy and Aquaculture scenario, Artificial Meat and Dairy, The Plant-Based Eating scenario and lastly the Livestock on Leftovers scenario. It then calculates the agricultural land area and greenhouse gas emissions (using global warming potential, GWP, over 100 years) that are required to produce the commodities for the different diets.  Each diet has a ‘predicted diets’ and ‘healthy diets’ sub variant – that latter with energy and nutrient in takes in line with healthy eating goals.  For all these scenarios, crop yield gaps are assumed to be closed, livestock efficiencies increased and waste reduced by 50%.

These six protein futures scenarios are compared against two counter scenarios. First is a BAU (business as usual) baseline scenario in which consumption trends follow FAO projections and calorie intakes increase as does livestock’s share of overall consumption. Yield improvements continue in line with current trends, and waste is generated at current levels. Second is an ‘improved baseline’ scenario, here called Yields and Waste, in which the crop yield gaps are closed and waste reduced by 50 %, but livestock production efficiencies are as in BAU unlike in the six alternative protein futures discussed above, where they are increased.  The land saved in the different scenarios is used to sequester carbon through forest plantation in the model and a carbon sequestration potential is calculated for each scenario.

The paper shows that even under extreme assumptions (assuming in all cases that the full range of technically possible mitigation options was undertaken in terms of yield gaps closed, waste reduced and livestock intensities increased to current highest levels in all areas in the EU region), some form of dietary change will be necessary to reach EU climate change targets (see figure below copied from the paper).

Land availability is shown to be less critical although either reductions in waste and/or livestock efficiency or yield increases and/or dietary change will be needed for the Western European land base to support the projected population.  The authors calculate the impacts of each scenario on land use requirements and GHGs compared to the BAU projections. They argue that both production and demand side strategies are needed to reach climate change targets if Western Europe is to supply its projected population with food in 2050. The best way forward, considering the multiple sustainability challenges that need to be addressed, is likely to be a composite of the scenarios modelled (and other as yet un-investigated and unforeseen scenarios) that are optimized to consider a range of trade-offs.

Multiple production and demand side measures are needed to improve food system sustainability. This study quantified the theoretical minimum agricultural land requirements to supply Western Europe with food in 2050 from its own land base, together with GHG emissions arising. Assuming that crop yield gaps in agriculture are closed, livestock production efficiencies increased and waste at all stages reduced, a range of food consumption scenarios were modelled each based on different ‘protein futures’. The scenarios were as follows: intensive and efficient livestock production using today’s species mix; intensive efficient poultry–dairy production; intensive efficient aquaculture–dairy; artificial meat and dairy; livestock on ‘ecological leftovers’ (livestock reared only on land unsuited to cropping, agricultural residues and food waste, with consumption capped at that level of availability); and a ‘plant-based eating’ scenario. For each scenario, ‘projected diet’ and ‘healthy diet’ variants were modelled. Finally, we quantified the theoretical maximum carbon sequestration potential from afforestation of spared agricultural land. Results indicate that land use could be cut by 14–86 % and GHG emissions reduced by up to approximately 90 %. The yearly carbon storage potential arising from spared agricultural land ranged from 90 to 700 Mt CO2 in 2050. The artificial meat and plant-based scenarios achieved the greatest land use and GHG reductions and the greatest carbon sequestration potential. The ‘ecological leftover’ scenario required the least cropland as compared with the other meat-containing scenarios, but all available pasture was used, and GHG emissions were higher if meat consumption was not capped at healthy levels.

Read the full paper here. You can also read the earlier FCRN livestock scenarios report which explores possible futures in a more qualitative and less academic way and you will find similar research in the research library categories on Consumption and diets, Protein, Livestock, Meat, eggs and alternatives, Land use and land use change, Climate change mitigation,  sustainable healthy diets. 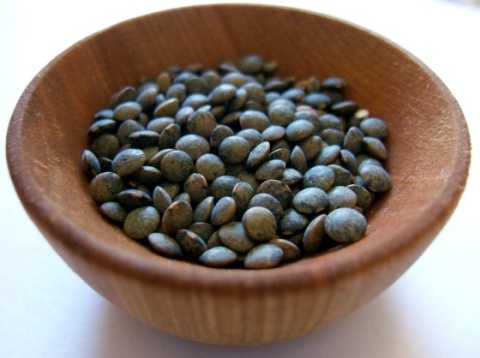