The Politics of Protein

This report by IPES-Food (the International Panel of Experts on Sustainable Food Systems) scrutinises eight key claims about the future of protein (including livestock and alternative proteins), identifies five ways in which these claims result in oversimplified discussions, and sets out three recommendations to reframe discussions and reduce polarisation.

The eight claims analysed are:

The key limitations cutting across these claims are: 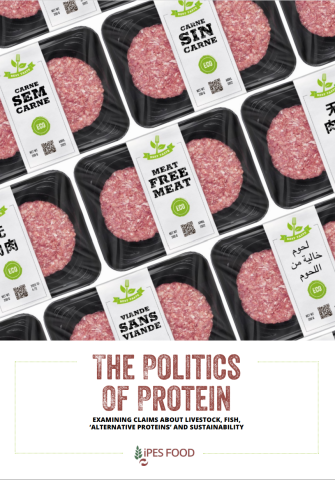