New study calculates and compares the carbon footprint of food groups based on mass, calorie content and nutrient density

In this study, 483 food items (developed by the Casino Group retailer company) were grouped into 34 categories and then 5 major food groups; meat and meat products, milk and dairy products, processed fruits and vegetables, grains and other foods and sweets. The aggregated average carbon footprints of the categories and major food groups were presented per 100 gram of product, per 100 kcal of product and per two different nutrient density scores including six and 15 nutrients respectively.

Results confirm earlier studies that show that meat and dairy on average have a higher carbon footprint than most plant-based foods regardless of functional unit. However, the carbon footprint for processed vegetables and soups was considerably higher than most other food products when the carbon footprint was calculated per 100 kcal and per nutrient density scores due to the low calorie content of vegetables. The authors conclude that identifying foods and diets that provide optimal amounts of nutrients at low monetary and carbon cost is an important research area.

NB: The use of nutrient density scores presents several challenges since results can be difficult to interpret and are highly dependent on the design of the score (e.g. see the Röös et al (2015) study announced in this newsletter and Scarborough and Rayner 2010).  The FCRN will be discussing this subject more in a coming blog post and will be inviting members to share their thought on the usefulness of different functional units for food.

Background: A carbon footprint is the sum of greenhouse gas emissions (GHGEs) associated with food production, processing, transporting, and retailing.

Objective: We examined the relation between the energy and nutrient content of foods and associated GHGEs as expressed as g CO2 equivalents.

Design: GHGE values, which were calculated and provided by a French supermarket chain, were merged with the Composition Nutritionnelle des Aliments (French food-composition table) nutrient-composition data for 483 foods and beverages from the French Agency for Food, Environmental and Occupational Health and Safety. Foods were aggregated into 34 food categories and 5 major food groups as follows: meat and meat products, milk and dairy products, frozen and processed fruit and vegetables, grains, and sweets. Energy density was expressed as kcal/100 g. Nutrient density was determined by using 2 alternative nutrient-density scores, each based on the sum of the percentage of daily values for 6 or 15 nutrients, respectively. The energy and nutrient density of foods were linked to log-transformed GHGE values expressed per 100 g or 100 kcal.

Results: Grains and sweets had lowest GHGEs (per 100 g and 100 kcal) but had high energy density and a low nutrient content. The more–nutrient-dense animal products, including meat and dairy, had higher GHGE values per 100 g but much lower values per 100 kcal. In general, a higher nutrient density of foods was associated with higher GHGEs per 100 kcal, although the slopes of fitted lines varied for meat and dairy compared with fats and sweets.

Conclusions: Considerations of the environmental impact of foods need to be linked to concerns about nutrient density and health. The point at which the higher carbon footprint of some nutrient-dense foods is offset by their higher nutritional value is a priority area for additional research. 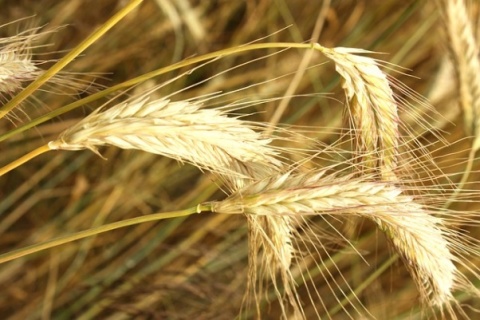