The healthiness and sustainability of dietary guidelines

This modelling study, co-authored by FCRN member Luke Spajic, analyses both the health and environmental outcomes of national dietary guidelines from 85 countries, then compares these outcomes to global health and environmental targets, as well as the outcomes of the diets recommended by the World Health Organisation and the EAT-Lancet Commission. The vast majority of guidelines - 83 in total, or 98% - were found to be incompatible with at least one health or environmental target.

For each set of guidelines, the study calculated the greenhouse gas emissions, freshwater use, cropland use and fertiliser application along with the risk of deaths from chronic diseases. The figure below shows the average results by continent relative to global targets for each category. Note that the target values in each category only include diet-related impacts, not humanity’s total impacts in that category (see pages 25 and 26 of the supplementary information (PDF link) for more details on how each target value was set).

Image: Figure 6, Springmann et al. Comparison of the health and environmental impacts of universally adopting food based dietary guidelines (FBDGs) to a set of global health and environmental targets. Targets include the sustainable development goal of reducing premature mortality from non-communicable diseases (NCDs) by a third, the Paris Climate Agreement to limit global warming to below 2°C (greenhouse gas (GHG) emissions), the Aichi biodiversity target of limiting the rate of land use change (cropland), and the sustainable development goals and planetary boundaries related to freshwater use, and nitrogen and phosphorus pollution. Estimates are expressed as percentage of attained target value averaged across countries in FBDG regions. Values of 100% or less indicate that environmental and health impacts are in compliance with the targets, and values greater than 100% indicate that targets are exceeded. WHO=World Health Organization; EAT=EAT-Lancet Commission on Healthy Diets from Sustainable Food Systems.

The greatest divergence between targets and the impacts of guidelines was seen in the climate category: on average, guidelines would produce emissions 140% above the limit required to keep climate change below 2°C, with North American dietary guidelines having particularly high climate impacts.

Only the guidelines of Indonesia and Sierra Leone met all six health and environmental targets. Indonesia recommends some meat intake and does not make recommendations on dairy intake, which is already low in Indonesia, while Sierra Leone recommends one serving of animal product per day.

The authors argue that reforming both national dietary guidelines and the recommendations of the World Health Organisation would help to meet global health and environmental goals, with reductions in red meat and dairy having particularly strong contributions towards meeting these goals.

Main outcome measures A graded coding method was developed and used to extract quantitative recommendations from 85 FBDGs. The health and environmental impacts of these guidelines were assessed by using a comparative risk assessment of deaths from chronic diseases and a set of country specific environmental footprints for greenhouse gas emissions, freshwater use, cropland use, and fertiliser application. For comparison, the impacts of adopting the global dietary recommendations of the World Health Organization and the EAT-Lancet Commission on Healthy Diets from Sustainable Food Systems were also analysed. Each guideline’s health and sustainability implications were assessed by modelling its adoption at both the national level and globally, and comparing the impacts to global health and environmental targets, including the Action Agenda on Non-Communicable Diseases, the Paris Climate Agreement, the Aichi biodiversity targets related to land use, and the sustainable development goals and planetary boundaries related to freshwater use and fertiliser application.

Results Adoption of national FBDGs was associated with reductions in premature mortality of 15% on average (95% uncertainty interval 13% to 16%) and mixed changes in environmental resource demand, including a reduction in greenhouse gas emissions of 13% on average (regional range −34% to 35%). When universally adopted globally, most of the national guidelines (83, 98%) were not compatible with at least one of the global health and environmental targets. About a third of the FBDGs (29, 34%) were incompatible with the agenda on non-communicable diseases, and most (57 to 74, 67% to 87%) were incompatible with the Paris Climate Agreement and other environmental targets. In comparison, adoption of the WHO recommendations was associated with similar health and environmental changes, whereas adoption of the EAT-Lancet recommendations was associated with 34% greater reductions in premature mortality, more than three times greater reductions in greenhouse gas emissions, and general attainment of the global health and environmental targets. As an example, the FBDGs of the UK, US, and China were incompatible with the climate change, land use, freshwater, and nitrogen targets, and adopting guidelines in line with the EAT-Lancet recommendation could increase the number of avoided deaths from 78 000 (74 000 to 81 000) to 104 000 (96 000 to 112 000) in the UK, from 480 000 (445 000 to 516 000) to 585 000 (523 000 to 646 000) in the USA, and from 1 149 000 (1 095 000 to 1 204 000) to 1 802 000 (1 664 000 to 1 941 000) in China.

Conclusions This analysis suggests that national guidelines could be both healthier and more sustainable. Providing clearer advice on limiting in most contexts the consumption of animal source foods, in particular beef and dairy, was found to have the greatest potential for increasing the environmental sustainability of dietary guidelines, whereas increasing the intake of whole grains, fruits and vegetables, nuts and seeds, and legumes, reducing the intake of red and processed meat, and highlighting the importance of attaining balanced energy intake and weight levels were associated with most of the additional health benefits. The health results were based on observational data and assuming a causal relation between dietary risk factors and health outcomes. The certainty of evidence for these relations is mostly graded as moderate in existing meta-analyses.

Read the full paper here. See also the Foodsource chapter What can be done to shift eating patterns in healthier, more sustainable directions? 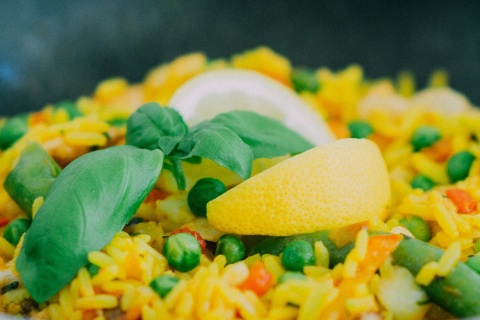