A series of review papers on the health effects of consumption of red and processed meat has been published in the Annals of Internal Medicine. Based on the reviews, the Nutritional Recommendations (NutriRECS) Consortium (an independent group including several of the authors of the review papers; members of the panel had no “financial or intellectual” conflicts of interest during the past three years) recommends that adults should continue to eat current levels of both red meat and processed meat.

NutriRECS states that its recommendations to continue eating current levels of red and processed meat are “weak” and based on “low-certainty evidence”. Its recommendations are based on health and do not consider environmental impacts or animal welfare. Furthermore, it argues that current dietary guidelines that recommend reducing meat consumption are based on observational studies that provide low to very low evidence of adverse health effects being linked to meat consumption.

In line with previous studies, the reviews found weak evidence that reducing unprocessed red meat consumption by three servings a week could result in a small decrease in the risk of cardiovascular disease, stroke, myocardial infarction, overall lifetime cancer mortality and type 2 diabetes, with no significant change in all-cause mortality and cardiovascular mortality.

The panels makes its recommendation for adults to continue current levels of red and processed meat consumption based on the following factors:

The paper notes that “Considerations of animal welfare, and particularly of environmental impact, will certainly be important to some individuals; the latter might be of particular importance from a societal perspective.”

A round-up of expert reactions to the series of papers can be found at the UK Science Media Centre: Expert reaction to new papers looking at red and processed meat consumption and health.

Dr Giota Mitrou, Director of Research at World Cancer Research Fund, told the Science Media Centre: “The public could be put at risk if they interpret this new recommendation to mean we can continue eating as much red and processed meat as they like without increasing their risk of cancer. This is not the case. The message people need to hear is that we should be eating no more than three portions of red meat a week and eat little, if any, processed meat.”

Prof Susan Jebb, Professor of Diet and Population Health at the University of Oxford, told the Science Media Centre: “These reviews broadly cover the same evidence previous groups have considered – there is nothing new which has specifically challenged previous evidence of a link between meat consumption and an increased risk of some types of cancer, especially colorectal cancer.  It also shows some evidence of an increase in the risk of cardiovascular disease. [...] They note that the quality of evidence is weak – true – it’s very hard to conduct trials which give high quality evidence of causal links. [...] Dietary recommendations are issued for the population as a whole and it seems surprising to me that these researchers conclude we should not caution people about the risks of consuming meat, particularly for those people whose consumption is above the average.”

A rebuttal published by the Harvard TH Chan School of Public Health says “The new guidelines are not justified as they contradict the evidence generated from their own meta-analyses. Among the five published systematic reviews, three meta-analyses basically confirmed previous findings on red meat and negative health effects.”

Further media coverage and reactions include:

Links to each of the papers and media materials are available here. See also the Foodsource resource What are the nutritional issues around meat and dairy? 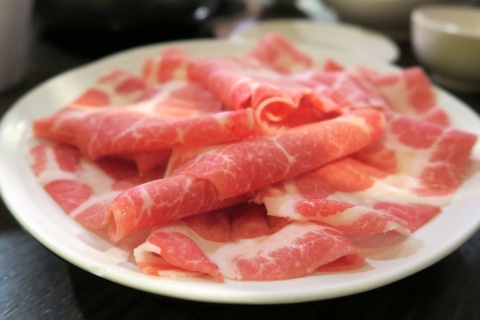