The first progress report of A Better Retailing Climate initiative has been published. It describes how retailers since 2005 have improved their performance against the environmental targets set out in the initiative, and that they have:

It states that the retail industry has met its commitment to increase transparency on food waste by publishing a combined food waste figure which shows that the seven supermarkets signed up to this initiative generated approximately 200,000 tonnes of food waste in 2013, just 1.3 per cent of the 15 million tonnes disposed of in the UK each year. The initiative will report annually on progress against this baseline figure.

See the full report here.  You can also read more about various industry sustainability initiatives on our website. 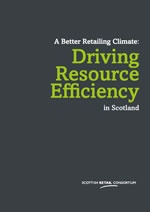