White paper: Is the future of food flexitarian?

14% of Brits are “flexitarians”, i.e. they have a mixed diet that is mainly based on vegetarian foods but they occasionally eat meat, according to this white paper from the UK-based market research firm YouGov. Flexitarianism is more common among young women than other demographic groups and more common in inner London than other geographic regions.

The figure below summarises the prevalence of different eating patterns in the UK.

While over two thirds of flexitarians are actively reducing their meat intake, according to the report, the majority of flexitarians do not plan to become either vegetarian or fully vegan within the next year. Among people who do intend to give up meat in the future, the most widespread motivating concerns were animal welfare (44%), concerns over the healthiness of processed meat products (42%) and general health concerns (41%).

Read the full report, Is the future of food flexitarian? YouGov analysis of Brits’ dietary habits and attitudes to meat consumption, here. See also the Foodsource chapter What is a healthy sustainable eating pattern? 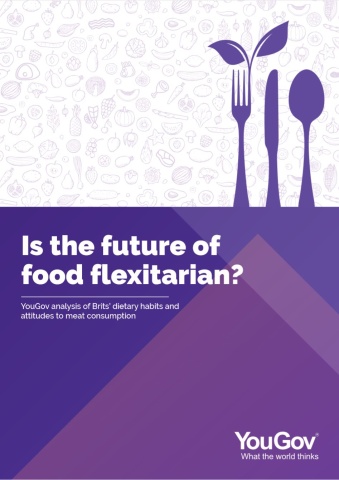