Ultra-processed food consumption and obesity in the UK

This paper explores the association between consumption of ultra-processed foods and indicators of obesity in a sample of the UK adult population, using data from the National Diet and Nutrition Survey between 2008 and 2016.

The authors classified food items consumed by the study participants according to the NOVA framework, which co-author Carlos Monteiro developed. For more details, see the Foodsource building block What is ultra-processed food? And why do people disagree about its utility as a concept?

The results show that on average, 54% of the calories consumed by UK adults come from ultra-processed foods (such as ready meals, breakfast cereals, sausages, biscuits and cakes), 31% from unprocessed or minimally processed food, 10% from processed foods and 5% from culinary ingredients (such as oil and table sugar).

The authors suggest several mechanisms that could explain the link, including the theory that ultra-processed foods promote overconsumption. Note, however, that this is an observational study rather than a randomised controlled trial, so it cannot prove the cause of the observed association.

Read the full paper here. See also the Foodsource building block What is ultra-processed food? And why do people disagree about its utility as a concept? 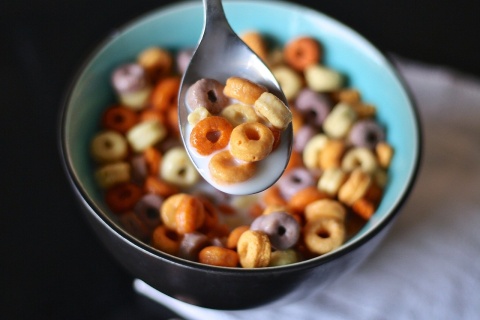