FCRN member Peter Alexander has co-authored this paper, which finds that incremental improvements in several areas of the food system (including production efficiency, reducing food waste and changing diets) could reduce agricultural land use by between 21% and 37%, depending on adoption rates.

The paper draws inspiration from the “marginal gains” approach used by the British cycling team, which achieves large overall improvements by making many small improvements to different elements of its performance. Applying the same approach to the food system, the authors identify and quantify 29 diverse changes in the food system that have the potential to reduce agricultural land use. The paper notes that policymakers tend to prefer marginal improvements over strategies that aim to achieve more widespread transformation, in part due to the inertia of complex human systems.

The set of marginal gains falls into three categories:

Based on an assumption of constant population and estimates of achievable gains in the short to medium term, the paper finds that the set of marginal gains could, together, reduce the global land area required for food by 21%: from 4576 Mha to 3629 Mha. Most of the area reduction comes from pasture (755 Mha), followed by a 118 Mha reduction in cropland for feed production and a 74 Mha reduction in cropland for food production.

The paper discusses the trade-offs in different types of land use resulting from certain actions. As shown in the figure below, switching some red meat consumption to chicken (number 26 in the figure) reduces the land area required for pasture but increases cropland requirements for feed. Meanwhile, low-meat diets (number 22) increase cropland requirements for food, but decrease both pasture and cropland for feed.

The paper notes that the land area that could be spared using the marginal gains approach could be highly beneficial for biodiversity conservation, but that further work is needed to match the sparing of land on the global scale to the protection of specific important ecosystems such as tropical rainforests.

There is an increasing need for transformational changes in the global food system to deliver healthy nutritional outcomes for a growing population while simultaneously ensuring environmental sustainability. However, such changes are subject to political and public constraints that usually allow only gradual, incremental changes to occur. Drawing inspiration from the British cycling team’s concept of marginal gains, we show how transformation might be reconciled with incremental changes. We demonstrate that a set of marginal food system changes acting to increase production efficiency, to reduce losses or to adjust diets could collectively reduce the agricultural land required globally for food production by 21%, or over a third given higher adoption rates. The results show that while all categories of action are important, changes in consumer choices in Europe, North America and Oceania and in the supply-chain in Africa and West and Central Asia have the greatest potential to reduce the land footprint of the food system.

Read the full paper here and see the University of Edinburgh’s coverage of the paper here: Cycling success may hold key to land savings. See also the Foodsource building block What is sustainable intensification? 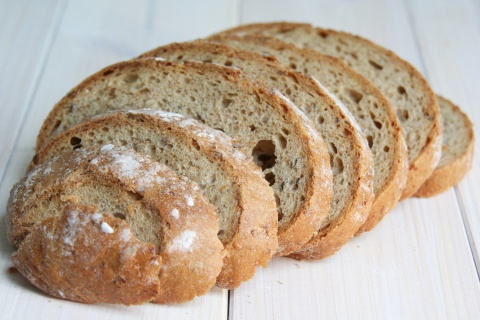