In a major report, ICROFS (International Centre for Research in Organic Food Systems) at Aarhus University, Denmark evaluates the health and environmental impacts of organic versus conventionally farmed foods.

The report (written in Danish) was drafted by around 75 Danish researchers and experts.  It is based on existing scientific evidence and structured into a series of chapters both focusing on organic agriculture’s positive and negative contributions to various public benefits and common goods.

ICROFS did not carry out their own literature review of differences in nutrient content between organic and conventional products. Instead, in the chapter "Health and welfare for humans" they refer to a synthesis report from the Swedish University of Agricultural Sciences (SLU), which is published in English. The report “Organic food – food quality and potential health effects - A review of current knowledge, and a discussion of uncertainties” reviews existing scientific evidence and knowledge gaps on health effects of organic food.

The SLU report’s summary (on the health and welfare effects) is as follows:

“In this report, we try to approach the question “Is organic food healthier than conventional food?” from a scientific perspective. We can conclude that science does not provide a clear answer to this question. A small number of animal studies and epidemiological studies on health effects from the consumption of organic vs. conventional feed/food have been performed. These studies indicate that the production system of the food has some influence on the immune system of the consuming animal or human. However, such effects are not easily interpreted as positive or negative for health.   The chemical composition of plants is affected by the production system; however, the relevance for human health is unclear, and when one focuses on single compounds such as vitamins, the picture is diffuse with small differences between production systems but large variations between studies. The composition of dairy products is definitely influenced by the organic vs. conventional husbandry systems due to different feeding regimes in these systems. From today’s knowledge of the functions of fatty acids, the composition of organic milk is more favorable for humans than the composition of conventional milk, due to a higher content of omega-3 fatty acids. However, less is known about other animal products, and dairy fats contribute little to the population’s intake of polyunsaturated fatty acids, so the importance for human health is small.” Read the full SLU summary, including more on pesticides and heir effects on health here.

The ICROFS synthesis report concludes that organic agriculture generally has a positive effect on common societal goods such as nature and biodiversity, environment, human and animal health and welfare and rural development. While stating that overall, organic farming contributes positively to many of our public goods the researchers emphasise that a more nuanced picture can be seen when looking closely at the impact in relation to each societal good. They argue however that the impact on biodiversity, including pollinators, soil fertility and animal health and welfare is overwhelmingly positive.

The citation for the SLU report is:

The citation for the ICROFS report is:

If you know Danish you can read the full ICROFS report here.  Alternatively, an article covering the ICROFS report has been published in English by ScienceNordic: see it here.

Here are a few other articles that look (partially at least) at health issues associated with organically farmed foods: a systematic review entitled “Composition differences between organic and conventional meat and milk" from 2016,  a 2012 systematic review that finds no support for organic food being more healthy than conventional, and an earlier study (2009), also a systematic review,  which came to similar conclusions. Another meta -analysis from 2011 did however find some health benefits from organic food.  You can also read an earlier paper by the Newcastle research team and a paper on pesticide exposure form organic food. There is also a report by the NGO Compassion in World Farming on Nutritional Benefits Of Higher Welfare Animal Products. 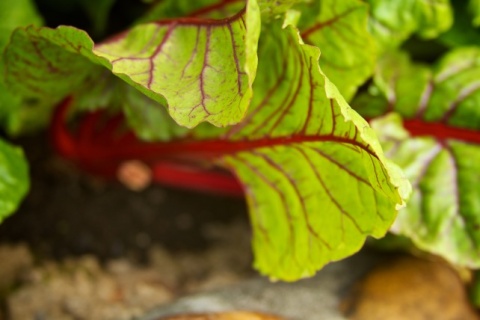