In this policy briefing, Global Justice Now reports on the alleged “hidden emissions” of three major agribusinesses, the aim being to highlight the real contribution that multinational feed, fertiliser and beef agribusinesses make to climate change.

The report argues that the estimated true climate impact of animal feed manufacturer Cargill, nitrogen fertiliser manufacturer Yara and beef producer Tyson, is actually many times higher than their declared emissions, since their declared emissions omit so-called scope 3 emissions – that is, emissions associated with the upstream and downstream supply chains. The report raises the important and salient point that large agribusinesses make a significant contribution to climate change without receiving the proportionate scrutiny or criticism that is targeted towards, for example, large oil companies.

However some criticism can be made of the methodologies used and the subsequent presentation of the findings. Most notably, the authors count most emissions at least twice, for example by attributing the greenhouse gas emissions associated with feed manufacture both to the manufacturer (Cargill) and the user (Tyson), while attributing the emissions from enteric fermentation both to the beef producer (Tyson) and to the feed producer (Cargill). Although each of these three companies is indeed upstream or downstream of the others in the same food system, the methodology used here arguably gives rise to misleading conclusions.

In spite of some methodological and partiality issues, this article does draw attention to the dangers of large agribusinesses and self-reporting of greenhouse gas emissions, and to the importance of considering upstream and downstream emissions involved in the production of food products. We would be interested to hear the views of FCRN readers regarding the role and legitimacy of major agri-businesses, their role in generating negative environmental impacts and the effectiveness of different approaches to ensuring they are reduced. Specifically, we would be interested in the likely wide spectrum of members’ views as to the relative merits of adopting an overtly critical stance on big business (‘part of the problem’), as compared with the merits of approaches that are more collaborative (‘part of the solution’). Login with your user details to comment and if you have forgot your details contact us and we’ll sort you out.

The agribusiness industry presents itself as part of the solution to climate change. The major firms spend significant sums to promote the message that corporate, industrial agriculture is compatible with fighting climate change. But they are wrong. This report demonstrates that multinational agribusiness companies are part of the problem, not the solution, by revealing the true extent of their overall contribution to dangerous climate change. So far, most agribusiness companies have got away with underestimating their true impact because they only declare their direct emissions. Many emissions are not direct, but arise from the end use of their products or from their supply chains. These hidden emissions tend not to be disclosed in company reports but it is possible to estimate them by extrapolating from existing public data. In Silent but Deadly, we have used this information to estimate the real climate impact of three companies: Cargill, Yara and Tyson, which are amongst the world’s biggest firms in the cattle feed, nitrous fertiliser and beef industries respectively.

You can see further resources related to industry actions/CSR in our Research Library. 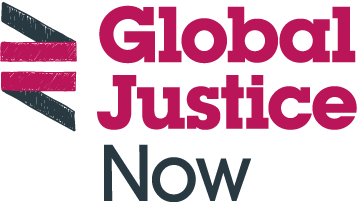