This review, published in Nature Climate Change, concludes that the role of no-till agriculture in mitigating climate change may be over-stated . No-till and reduced tillage are methods of establishing crops with low soil disturbance as opposed to conventional tillage involving ploughing or other practices.

The benefits of no-till include improved soil quality and retention of water in soil for use by crops, something that presents an advantage in dry regions of the world. The review also states that promoters of no-till as a means of combatting climate change (among them the authors behind the Emissions Gap Report 2013 from UNEP) frequently refer to the potential amount of additional carbon that may be stored, or sequestered, in soil. The review found that there was sometimes a genuine, but small, net accumulation of organic carbon in soil under no-till compared to conventional tillage. The research group find however that much of the observed effects result from a redistribution of organic carbon with depth – extra organic carbon near the surface but less deeper in the soil. Furthermore, the soil sampling methods normally used tend to exaggerate the effect. Therefore the authors conclude that the climate change mitigation achievable from converting to no-till agriculture is likely to be over-stated. Nevertheless, no till offers other advantages with relevance to food security: it can help protect and improve the quality of soils and contributes to the building of agricultural systems that are more resilient to climate and weather variability.

The Emissions Gap Report 2013 from the United Nations Environment Programme restates the claim that changing to no-till practices in agriculture, as an alternative to conventional tillage, causes an accumulation of organic carbon in soil, thus mitigating climate change through carbon sequestration. But these claims ignore a large body of experimental evidence showing that the quantity of additional organic carbon in soil under no-till is relatively small: in large part apparent increases result from an altered depth distribution. The larger concentration near the surface in no-till is generally beneficial for soil properties that often, though not always, translate into improved crop growth. In many regions where no-till is practised it is common for soil to be cultivated conventionally every few years for a range of agronomic reasons, so any soil carbon benefit is then lost. We argue that no-till is beneficial for soil quality and adaptation of agriculture to climate change, but its role in mitigation is widely overstated.

Read more about no-till practices in agriculture in our research library here.  For an FCRN briefing paper on soil carbon sequestration based on a workshop we organised in 2010, see here. 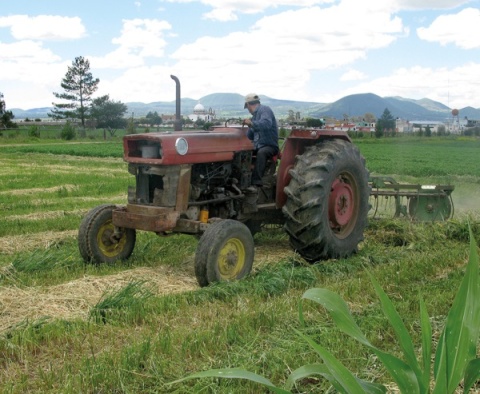