This paper, Short-Lived Climate Pollution, published in Annual Review of Earth and Planetary Sciences, argues that since carbon dioxide has the longest living effects of all climate pollutants,  remaining in the atmosphere for thousands of years, it should be the primary focus of global climate change mitigation efforts.

This paper, Short-Lived Climate Pollution, published in Annual Review of Earth and Planetary Sciences, argues that since carbon dioxide has the longest living effects of all climate pollutants,  remaining in the atmosphere for thousands of years, it should be the primary focus of global climate change mitigation efforts. It has been very difficult to create policies to reduce carbon dioxide.  In response, there has been a focus among some on prioritising other greenhouse gas emissions, such as methane (see for example one of the comments made in the comments box on the FCRN website here which links to a couple of articles, as well as this paper here).  This study argues, however, that while it is important to reduce other pollutants, we should not be distracted from the need to stop burning fossil fuels.

Although carbon dioxide emissions are by far the most important mediator of anthropogenic climate disruption, a number of shorter-lived substances with atmospheric lifetimes of under a few decades also contribute significantly to the radiative forcing that drives climate change. In recent years, the argument that early and aggressive mitigation of the emission of these substances or their precursors forms an essential part of any climate protection strategy has gained a considerable following. There is often an implication that such control can in some way make up for the current inaction on carbon dioxide emissions. The prime targets for mitigation, known collectively as short-lived climate pollution (SLCP), are methane, hydrofluo-rocarbons, black carbon, and ozone. A re-examination of the issues shows that the benefits of early SLCP mitigation have been greatly exaggerated, largely because of inadequacies in the methodologies used to compare the climate effects of short-lived substances with those of CO2, which causes nearly irreversible climate change persisting millennia after emissions cease. Eventual mitigation of SLCP can make a useful contribution to climate protection, but there is little to be gained by implementing SLCP mitigation before stringent carbon dioxide controls are in place and have caused annual emissions to approach zero. Any earlier implementation of SLCP mitigation that substitutes to any significant extent for carbon dioxide mitigation will lead to a climate irreversibly warmer than will a strategy with delayed SLCP mitigation. SLCP mitigation does not buy time for implementation of stringent controls on CO2 emissions.

Read the full paper here and see further coverage of it here. 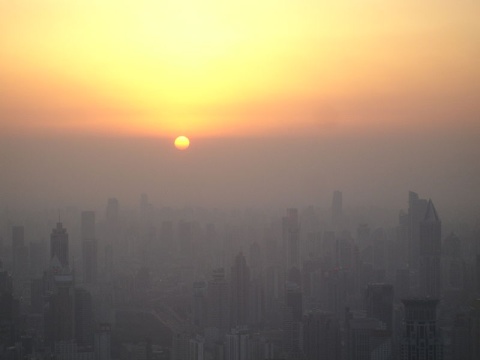