Red and processed meat, and human and planetary health

In this editorial in the medical journal BMJ, professor of epidemiology John D. Potter discusses the mounting evidence that our current levels meat consumption harms human health and is equally bad for the planet.

The editorial presents evidence from two new papers in the BMJ showing an association between high intakes of red and processed meat and elevated total mortality and mortality from most major causes: cardiovascular disease, diabetes, cancer, and hepatic, renal, and respiratory diseases. The only protective effect of eating red meat was on the risk of dying from Alzheimer’s disease, although the researchers said that it was difficult to draw conclusions from this finding because of the complicated relation between diet and dementia.

The author argues that despite the scientific agreement that overconsumption of meat is bad for both our health and the planet, and even though there is now robust research to underpin evidence based policy, there is still a serious lack of links between policy and action.

Below we include more information about the two papers.

The articles in this issue of the medical journal are: 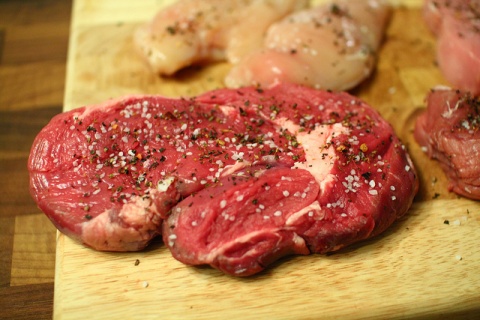