This paper addresses recent concerns about RCP8.5, a climate scenario developed by the Intergovernmental Panel on Climate Change based on an assumption of high levels of fossil fuel use. A recent commentary argues that RCP8.5 was originally intended to explore an unlikely future with no climate mitigation, but that it is now commonly referred to as a “business as usual” scenario by the media. In response, this paper argues that RCP8.5 is indeed a good match for current and stated climate policies up until 2050.

The figure below compares RCP8.5 to other RCPs (Representative Concentration Pathways) as well as a “business as usual” scenario (using only climate mitigation policies that are already in place) and a “business as intended” scenario (also including policy intentions that have been announced but not yet implemented).

RCP8.5 is the best match of the four RCPs to cumulative emissions that have taken place between 2005 and 2020 (compare the red [left] and dark blue [second from left] bars in the left-most graph). Looking at 2030, RCP8.5 remains the best match for the “business as usual” and “business as intended” scenarios.

By 2050, both the “business as usual” and “business as intended” scenarios fall midway between RCP8.5 and RCP4.5, the RCP showing the next highest emissions. The authors argue that it is likely that feedback loops in the climate cycle (such as permafrost thaw and changes to forest fire patterns) could push cumulative emissions by 2050 further towards the RCP8.5 scenario, and that RCP4.5 may underestimate the impacts of these feedback loops.

Climate simulation-based scenarios are routinely used to characterise a range of plausible climate futures. Despite some recent progress on bending the emissions curve, RCP8.5, the most aggressive scenario in assumed fossil fuel use for global climate models, will continue to serve as a useful tool for quantifying physical climate risk, especially over near- to midterm policy-relevant time horizons. Not only are the emissions consistent with RCP8.5 in close agreement with historical total cumulative CO2 emissions (within 1%), but RCP8.5 is also the best match out to midcentury under current and stated policies with still highly plausible levels of CO2 emissions in 2100. 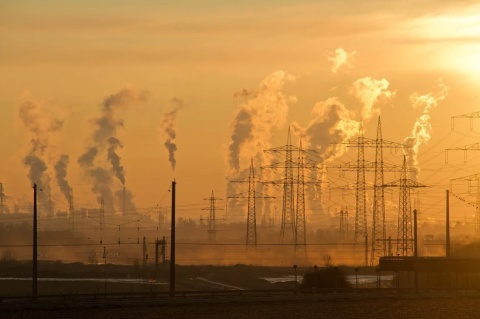