The potential of future foods for sustainable and healthy diets

Insects, seaweed, microalgae, cultured meat, mycoprotein and mussels are among the nine ‘future foods’ discussed in this paper, co-authored by FCRN members Hanna Tuomisto and Hannah van Zanten, which compares the nutritional profiles and environmental impacts of these foods with conventional plant- and animal-sourced foods.

The paper claims that the macro- and micro-nutrients present in the nine ‘future foods’ makes them nutritionally preferable to plant-sourced foods as a replacement for conventional animal foods, with all of the foods except sugar kelp having a similar or higher dry-matter protein content compared to plant- and animal-sourced foods. The authors note that relying purely on conventional plant-sourced foods could lead to deficiencies in Vitamin B12 and the omega-3 fatty acids eicosapentaenoic acid (EPA) and docosahexaenoic acid (DHA), in the absence of dietary supplementation.

Regarding environmental impacts, the paper calculates that the ‘future foods’ generally use less land than animal-sourced foods (except for food from fisheries) and similar or less land than plant-sourced foods, when land use is calculated per unit of nutrient (several different nutrients are considered). Housefly, chlorella, spirulina and mussels have particularly low land use. The amount of land used to produce some of the ‘future foods’ could be reduced further depending on feedstock, e.g. feeding waste food, rather than human-edible food, to insects.

Mycoprotein, sugar kelp, all insects and mussels generally have similar greenhouse gas emission levels (measured per unit of different nutrients) to the animal-sourced foods with the lowest emissions (eggs, milk and tuna, although this depends on nutrient) and higher emissions than plant-sourced foods. Chlorella and spirulina, in contrast, are more emissions-intensive methods of producing protein and zinc than most animal-sourced foods.

The calculations in this paper are based on the nutrient levels in the raw ‘future foods’, not accounting for losses during processing or the degree to which those nutrients are available for digestion – although, as the paper notes, some of the ‘future foods’ need considerable processing to be turned into marketable products (chlorella and spirulina, for example, are commonly sold as tablets or as dry powder to be incorporated into smoothies).

Altering diets is increasingly acknowledged as an important solution to feed the world’s growing population within the planetary boundaries. In our search for a planet-friendly diet, the main focus has been on eating more plant-source foods, and eating no or less animal-source foods, while the potential of future foods, such as insects, seaweed or cultured meat has been underexplored. Here we show that compared to current animal-source foods, future foods have major environmental benefits while safeguarding the intake of essential micronutrients. The complete array of essential nutrients in the mixture of future foods makes them good-quality alternatives for current animal-source foods compared to plant-source foods. Moreover, future foods are land-efficient alternatives for animal-source foods, and if produced with renewable energy, they also offer greenhouse gas benefits. Further research on nutrient bioavailability and digestibility, food safety, production costs and consumer acceptance will determine their role as main food sources in future diets. 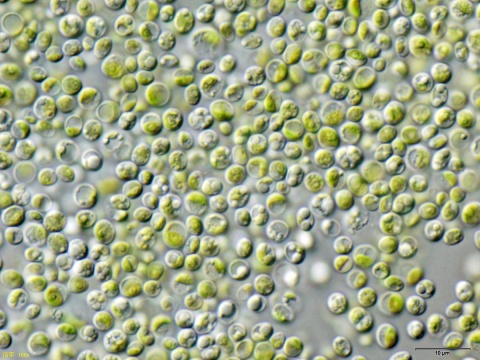