Switching to an organic diet for six days significantly reduced the levels of several pesticides and pesticide metabolites found in the urine of the 16 participants of this study.

The figure below shows the reduction in certain pesticide metabolite levels during the organic dietary phase.

Some media commentary has drawn attention to the fact that the study only considered those pesticides that are permitted in conventional agriculture, and not any pesticides that are permitted in organic agriculture (such as methyl eugenol or copper sulphate). See for example A new study claims eating organic reduces pesticide intake. It’s totally misleading.

Previous diet intervention studies indicate that an organic diet can reduce urinary pesticide metabolite excretion; however, they have largely focused on organophosphate (OP) pesticides. Knowledge gaps exist regarding the impact of an organic diet on exposure to other pesticides, including pyrethroids and neonicotinoids, which are increasing in use in the United States and globally.

To investigate the impact of an organic diet intervention on levels of insecticides, herbicides, and fungicides or their metabolites in urine collected from adults and children.

We collected urine samples from four racially and geographically diverse families in the United States before and after an organic diet intervention (n = 16 participants and a total of 158 urine samples).

An organic diet was associated with significant reductions in urinary excretion of several pesticide metabolites and parent compounds. This study adds to a growing body of literature indicating that an organic diet may reduce exposure to a range of pesticides in children and adults. Additional research is needed to evaluate dietary exposure to neonicotinoids, which are now the most widely used class of insecticides in the world.

Read the full paper here. See also the Foodsource resource How are food systems and health connected and influenced? 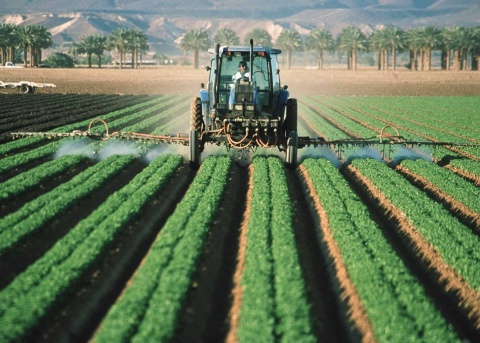