A paper proposes a new method for evaluating the climate impact of short-lived greenhouse gases (GHGs) such as methane. Different GHGs are currently assessed on the basis of global warming potential (GWP), calculated as carbon dioxide equivalent, usually over a 100 year time horizon. The paper authors say that this misrepresents the impact of short-lived GHGs, because they have stronger climate impacts shortly after being released and lower impacts after being in the atmosphere for some time.

The new method treats a one-tonne-per-year increase in the overall rate of emissions of a short-lived GHG as being equivalent, in terms of climate impact, to a one-off pulse of CO2 (spread over 20 years) of the GWPH x H tonnes, where GWP is the conventional global warming potential of the short-lived GHG over a time period of H years.

Author Dr Michelle Cain, writing in Carbon Brief (here), compared a herd of cattle at a steady size to a defunct power station that no longer emits CO2. She writes, “...under almost all proposed systems for taxing emissions that attempt to include methane, the farmer would get taxed for their herd’s methane emissions every year the cows were alive, while the owner of the closed power station would not.”

She concludes, “The flip side of this is that any sustained increases in methane emissions would be heavily taxed, as they would contribute very substantially to future warming. Conversely, any sustained cuts would be rewarded for contributing to future cooling.”

While cumulative carbon dioxide (CO2) emissions dominate anthropogenic warming over centuries, temperatures over the coming decades are also strongly affected by short-lived climate pollutants (SLCPs), complicating the estimation of cumulative emission budgets for ambitious mitigation goals. Using conventional Global Warming Potentials (GWPs) to convert SLCPs to “CO2-equivalent” emissions misrepresents their impact on global temperature. Here we show that peak warming under a range of mitigation scenarios is determined by a linear combination of cumulative CO2 emissions to the time of peak warming and non-CO2 radiative forcing immediately prior to that time. This may be understood by expressing aggregate non-CO2 forcing as cumulative CO2 forcing-equivalent (CO2-fe) emissions. We show further that contributions to CO2-fe emissions are well approximated by a new usage of GWP, denoted GWP*, which relates cumulative CO2 emissions to date with the current rate of emission of SLCPs. GWP* accurately indicates the impact of emissions of both long-lived and short-lived pollutants on radiative forcing and temperatures over a wide range of timescales, including under ambitious mitigation when conventional GWPs fail. Measured by GWP*, implementing the Paris Agreement would reduce the expected rate of warming in 2030 by 28% relative to a No Policy scenario. Expressing mitigation efforts in terms of their impact on future cumulative emissions aggregated using GWP* would relate them directly to contributions to future warming, better informing both burden-sharing discussions and long-term policies and measures in pursuit of ambitious global temperature goals.

Read the full paper here. See also the Foodsource resource Carbon footprinting is based on the LCA approach but focuses only on greenhouse gas emissions. 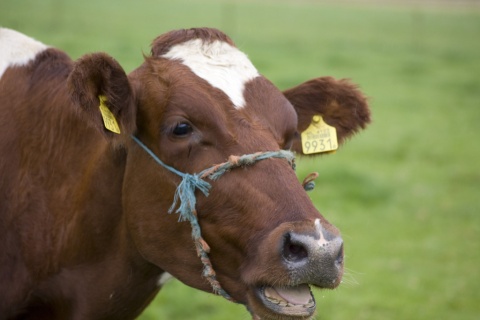