New EU regulation for animal cloning in the food chain

The European Commission released an announcement before Christmas 2013 on new proposals for regulation of animal cloning in the food chain. The proposal argues that farm-animal cloning should be banned in the European Union, along with imports of cloned livestock and the sale of food from such animals. In a report commenting on the new regulation the consultancy ICF GHK argues that in principle the EU could however still produce offspring of clones by importing reproductive material from clones from EU trading regions, and by importing live animals or food products derived from such animals.

According to the EU, food from clones falls under the scope of the Novel Food Regulation and is thus subject to pre-market approval based on a safety risk assessment. Inter-institutional discussions on cloning started in 2009; 3 new legislative proposals have been presented and were adopted on 18 December 2013. One proposal specifies Regulation of the European Parliament and of the Council on novel foods. Two other proposals address animal welfare and other ethical concerns related to the use of the cloning technique.

FCRN member Andrew Jarvis from ICF GHK has helpfully provided a summary of their new report discussing this new regulation as follows:

“The European Commission has published a report produced by consultancy ICF GHK that was commissioned to inform and support development and appraisal of proposals to regulate animal cloning in the EU. It provides a feasibility and impact assessment of four possible approaches to regulation of animal cloning for livestock in the EU. Commercial cloning of animals for food production is practised in some of the EU’s trading partners but ICF GHK found no evidence that commercial cloning of animals for food production is taking place in the EU and consultations suggested it is unlikely to be established before 2020. Under current legislation there is, in principle, the potential for offspring and descendants of clones to be produced in the EU through importation of reproductive materials from clones or of their offspring or descendants, and (though this is uncommon) importation of live animals. Food products derived from such animals could also be imported. The report concludes that animal cloning for food production could be regulated without major disruption to the EU food chain or its consumers through suspension of the technique (and suspension of marketing of clones) in the EU or introduction of traceability requirements for clones, subject to common-sense arrangements being put in place to exclude or trace clone imports. Suspension of the use of clone reproductive materials or requiring their traceability is also feasible if existing supply chain mechanisms for excluding such materials from imports from North America are recognised and extended to other trading partners as needed. However, extending the scope of controls beyond clones to clone offspring and clone descendants (and their reproductive materials) creates the risk of negative indirect effects on the EU livestock breeding sector and also to livestock producers, especially the dairy sector, through interruption to trade in reproductive materials. Requiring identification of the clone status of individual animals and their traceability would impose large additional costs on the EU livestock sector and competent authorities in the development and operation of new systems. There would be very few clone offspring or clone descendants in the market and such costs would not be proportionate.

The reliability of claims made for the clone status of descendants could not, in most instances, be verified. Systems would be reliant on documentary controls and prone to fraud and accidental error (e.g. mis-attribution of offspring to parent). Market incentives (e.g. higher cost, lower value) may not encourage compliance.  Food products derived from clone offspring or clone descendants are not currently identified as such by the EU’s trading partners. Suspending such products or requiring their identification and traceability is likely to reduce or halt imports in affected product categories, with negative impacts on EU consumers and the supply chain, when exporters are unwilling or unable to comply with the EU’s evidential requirements. Labelling products as derived from clones, clone offspring or clone descendants is likely to increase the drive to exclude such products from the market. Labels would be no more reliable than the traceability systems that sit behind them. Clones are very unlikely to find their way into food products and traceability systems for clone offspring and descendants would be costly and unreliable. Few, if any, products are likely to be brought to the market.”

Read more about this on the European Commission website, the press release can be found here. There is also a page dedicated to EU policy on cloned animals and novel food here.

For the ICF GHK report on the new regulation please click here. There is further coverage of this in an article here.

If you have any thoughts or comments on animal cloning, please post these in our forums. You can also comment in the comment box below the web version of this summary. 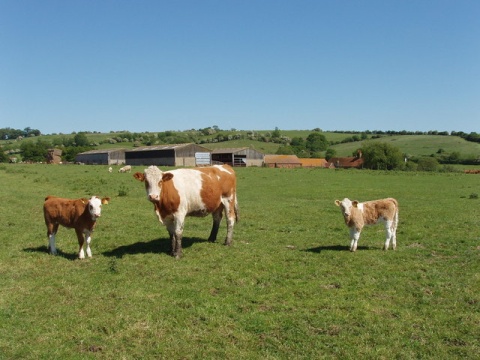