This article outlines two different models for understanding the obesity pandemic: the first and most commonly accepted being the energy balance model, which argues that obesity is driven by high energy consumption, and the second, favoured by the authors, being the carbohydrate-insulin model, which suggests that obesity is instead driven by consumption of rapidly digestible carbohydrates.

According to the energy balance model (EBM), people consume more energy than they burn, partly because of the marketing of highly palatable processed foods and partly because of sedentary lifestyles. When obesity is viewed through the EBM, the way to lose weight is to reduce energy intake and/or increase physical activity to create a calorie deficit.

The authors criticise the EBM on several grounds:

The carbohydrate-insulin model (CIM) argues that weight gain is linked to “hormonal and metabolic responses to the source of dietary calories, not merely calorie content”. In particular, the glycemic load (GL) of food is an important influence. GL accounts for both the total amount of carbohydrate consumed and the rate at which it raises blood sugar during digestion. Foods with a high GL include processed grains, potato products and sugary foods. Foods with a low GL include fruit and vegetables, minimally processed grains, beans and nuts.

According to the CIM, consuming a high-GL meal results in a cascade of hormonal shifts that result in the body thinking that important parts such as the liver are still lacking in energy. The result is craving for further high-GL foods and reduced energy expenditure. Thus, the CIM sees the obesity epidemic as being driven by both an increase in total carbohydrates and by the “exceptionally high GI of modern processed carbohydrates”.

The CIM promotes a different weight-loss strategy to the EBM, since trying to consciously limit energy intake while still consuming a high-GL diet is unlikely to stop either hunger or fat deposition. Instead, restricting carbohydrate intake could increase fat breakdown and reduce spontaneous food consumption.

The paper sets out various testable hypotheses that arise from the CIM relating to hormonal responses to food, fat storage mechanisms and preferences for foods with different GLs. Experiments exist to support some of these, but further work is needed. The paper also discusses some critiques of the CIM.

According to a commonly held view, the obesity pandemic is caused by overconsumption of modern, highly palatable, energy-dense processed foods, exacerbated by a sedentary lifestyle. However, obesity rates remain at historic highs, despite a persistent focus on eating less and moving more, as guided by the energy balance model (EBM). This public health failure may arise from a fundamental limitation of the EBM itself. Conceptualising obesity as a disorder of energy balance restates a principle of physics without considering the biological mechanisms that promote weight gain. An alternative paradigm, the carbohydrate-insulin model (CIM), proposes a reversal of causal direction. According to the CIM, increasing fat deposition in the body—resulting from the hormonal responses to a high-glycemic-load diet—drives positive energy balance. The CIM provides a conceptual framework with testable hypotheses for how various modifiable factors influence energy balance and fat storage. Rigorous research is needed to compare the validity of these 2 models, which have substantially different implications for obesity management, and to generate new models that best encompass the evidence.

Read the full paper here. See also the TABLE explainer What is the nutrition transition? 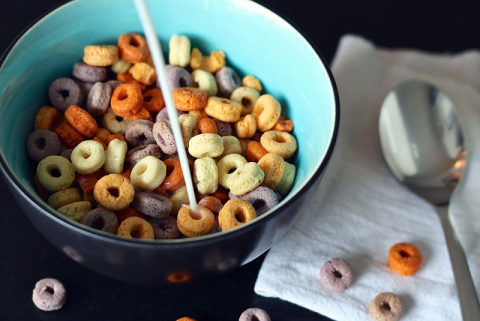