C3 crops other than legumes also have lower concentrations of protein, whereas C4 crops seem to be less affected. Differences between cultivars of a single crop suggest that breeding for decreased sensitivity to atmospheric CO2 concentration could partly address these new challenges to global health.

Further details of interest in the article are as follows:

The global [CO2] in the atmosphere is expected to reach 550 p.p.m. in the next 40–60 years, even if further actions are taken to decrease emissions. At these concentrations, we find that the edible portions of many of the key crops for human nutrition have decreased nutritional value when compared with the same plants grown under identical conditions but at the present ambient [CO2]. Analysis of the United Nations’ Food and Agriculture Organization food balance sheets reveals that in 2010 roughly 2.3 billion people were living in countries whose populations received at least 60% of their dietary zinc and/or iron from C3 grains and legumes, and 1.9 billion lived in countries that received at least 70% of one or both of these nutrients from these crops . Reductions in the zinc and iron content of the edible portion of these food crops will increase the risk of zinc and iron deficiencies across these populations and will add to the already considerable burden of disease associated with them.

Read the full paper here.   For more studies that look at the impacts of climate change on various aspects of the food system see here. 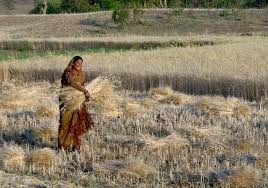