The impact of high-end climate change on agricultural welfare

The agricultural sector is particularly vulnerable to climate change; a small increase of 1 degree Celsius can have significant negative impacts on crop yields, especially in the tropics. Global economic losses in production of three major crops (wheat, maize, and barley) attributed to climate change in the recent past are estimated at approximately US$5 billion per year.

Trade is seen as one of the most important adaptation options because it can account for changes in global patterns of agricultural productivity, and thus allows for reducing production cost and enhancing food security.

There have been many studies on the impacts of climate change on crop yields, but few have analysed the subsequent economic welfare effects. Here, the authors analyse climate change impacts on agricultural welfare on a global and regional scale, measured as changes in “consumer surplus” and “producer surplus.” These are assessed for the period from 1995 to 2095 using the agro-economic land use optimization model MAgPIE (MAgPIE is well suited to translate biophysical into economic impacts because crop yield patterns and water availability that are directly affected by climate change enter the economic model as spatially explicit biophysical constraints). Included in this analysis are plant cultivation and livestock production only, forestry and fishery etc. are not included.

Producer surplus is equivalent to the production profit, the difference between total revenues and production-associated costs. Consumer surplus is the difference between a consumer’s willingness to pay for a certain good and the amount he or she actually pays for it at the market price. Three indicators are considered: change in consumer surplus, change in producer surplus, and change in total agricultural welfare (the last indicator being the sum of the first two).

To fulfil the demand for agricultural commodities under climate-impacted productivity, the authors estimate the most cost-effective combination of shifting the production to higher-yielding areas (including land expansion into forest and other natural vegetation areas), and investments in yield-increasing technologies (research and development) to intensify production on existing croplands.

The authors find that high-end climate change impacts on crop yields lead to increasingly negative impacts on global agricultural welfare toward the end of the 21st century because consumer losses outweigh producer benefits. In 2 future trade scenarios, climate change causes mostly positive trends in global producer surplus and negative trends in global consumer surplus toward the end of this century. Damage in agriculture may reach the annual loss of 0.3% of total GDP at the end of the century across the world, assuming further opening of trade in agricultural products, which typically leads to interregional production shifts to higher latitudes. These estimated global losses could increase substantially if international trade is more restricted, making this also a political issue.

Climate change threatens agricultural productivity worldwide, resulting in higher food prices. Associated economic gains and losses differ not only by region but also between producers and consumers and are affected by market dynamics. On the basis of an impact modeling chain, starting with 19 different climate projections that drive plant biophysical process simulations and ending with agro-economic decisions, this analysis focuses on distributional effects of high-end climate change impacts across geographic regions and across economic agents. By estimating the changes in surpluses of consumers and producers, we find that climate change can have detrimental impacts on global agricultural welfare, especially after 2050, because losses in consumer surplus generally outweigh gains in producer surplus. Damage in agriculture may reach the annual loss of 0.3% of future total gross domestic product at the end of the century globally, assuming further opening of trade in agricultural products, which typically leads to interregional production shifts to higher latitudes. Those estimated global losses could increase substantially if international trade is more restricted. If beneficial effects of atmospheric carbon dioxide fertilization can be realized in agricultural production, much of the damage could be avoided. Although trade policy reforms toward further liberalization help alleviate climate change impacts, additional compensation mechanisms for associated environmental and development concerns have to be considered.

You can read related research by browsing the following categories of our research library: Markets, Agricultural losses and Free markets vs Protectionism. 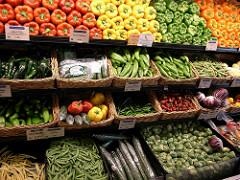