How effective are messages and their characteristics in changing behavioural intentions to substitute plant-based foods for red meat? The mediating role of prior beliefs

In this study, researchers investigated two message strategies – message framing and the refutation of misinformation – to evaluate their effectiveness in persuading consumers to reduce meat consumption and increase the intake of plant-based alternatives. The study also takes into account people’s prior beliefs (previous knowledge or factual beliefs) about the health and climate impacts of red meat consumption.

In communication research, framing usually refers to the words, images, phrases, and presentation styles used for presenting information (a frame in communication) or an individual's understanding of the issue, such as meat eating (an individual frame). In this study, message framing refers to emphasising different consequences of food choices that are relevant to the consumers. For example, a message about food choices might emphasise either health benefits or environmental benefits, depending on its frame. Refutation of misinformation helps individuals understand misconceptions and misleading information to foster their acceptance of the correct message.

In this study, data was collected through an online questionnaire (with 1279 participants, all adults living in Finland). Four hypotheses were developed to test the effects of messages on intentions to make dietary changes and the role of prior beliefs:

The study also explored the relationship between positive beliefs about red meat and gender, age, and educational level.

All messages encompassed an efficacy element - that is, an element of educating the participants on how to reduce their red meat intake and increase their consumption of plant-based food.

The wording of the messages used can be found in the study appendix here (PDF link).

Overall, reading any message was positively associated with intentions to change behaviours when the effect of prior beliefs about red meat-based diets was considered. This means that the message had the desired effect to change behavioural intentions to decrease/discontinue consumption of red meat and increase/start consumption of plant-based product alternatives. Nevertheless, it also showed that individuals’ prior beliefs played a key role in determining responses to persuasive messages. More specifically, beliefs moderated the effect of the messages in changing not only intentions, but also behaviour of those who do not believe in the negative impacts of meat consumption as opposed to those participants who that believed in the negative health and/or climate effects of meat consumption. These findings are in line with previous literature suggesting that people are more easily persuaded by information that confirms their prior beliefs about an issue.

The three messages were not more effective in changing behaviours when compared to the single-framed and one-sided messages. Older people, men, and those with a relatively low level of education were more likely to endorse positive beliefs about eating red meat.

Some limitations of the study are: (1) only the effect of messages on intentions rather than actual behaviour was measured; (2) the effect of messages on beliefs was not measured; (3) it seems that there are more vegetarians/vegans in the sample than the Finnish population average. One of the surprising findings of the study was that specific message characteristics (climate or a health frame) had only a limited impact on intentions to change behaviour, which may be due to prior knowledge of the participants regarding the contents of the message or lack of trust in the sources of the messages.

By means of a population-based survey experiment, we analysed the effectiveness of two message characteristics – message framing and the refutation of misinformation – in persuading respondents to reduce their consumption of red meat and increase that of plant-based alternatives. We also tested whether the effects of those two message characteristics were moderated by prior beliefs about the health and climate impacts of red meat consumption. The data were collected with an online survey of the adult population living in Finland (N = 1279). We found that messages had a small but desired effect on intentions when the effect of prior beliefs was taken into account, but that that effect was strongly moderated by prior beliefs. In particular, messages changed behavioural intentions among the “meat-sceptics” (i.e., those believing relatively strongly in the negative health and climate effects of meat consumption) but not among the “meat believers” (defined symmetrically). The combination of frames and refutation of misinformation were not found to be more effective strategies than the provision of information through single-framed, one-sided messages. We found limited evidence that the way a message was formulated determined its effectiveness in changing behaviours.

Vainio, A., Irz, X. and Hartikainen, H., 2018. How effective are messages and their characteristics in changing behavioural intentions to substitute plant-based foods for red meat? The mediating role of prior beliefs. Appetite. 125, pp. 217-214.

Read the full paper here. See also the Foodsource resource What are the influences on our food choices? The FCRN report Policies and actions to shift eating patterns: What works? provides information on people’s attitudes to various foods (section 7.a.) and looks at how effective labels, awareness raising and information provision actually are (section 7.f.). 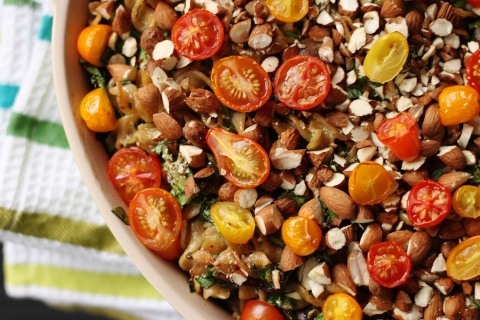