The authors argue that the lessons emerging from their analysis can also be transferred to proposals regarding the taxation of other GHG-intensive consumption goods.

The paper analyses whether a meat tax on the consumption of domestic and exported meat (referred to as ‘meat tax’) is legally permissible, covering both the possibility of an output tax (levied on average GHG emissions per unit of meat category) and an emissions tax (levied on the actual GHG emissions). The authors argue that the best option is an output tax on the meat product, rather than a tax on actual emissions. The rationale for this is that an emissions tax would imply high monitoring costs, limited options for reducing emissions apart from reduced production (technical potential is limited), and due to high substitution possibilities (NB it is not clear exactly what they mean here – if it refers to the risk that consumers may switch to foods that also have high environmental taxes then presumably this also applies to the other tax options). They also say the output tax should be based on average emission levels for all meat producers within an entire market, rather than on specific emission levels of individual producers, presumably because the latter approach would be too expensive and time consuming. They refer here to Swedish authorities who have suggested a tax of €1.50 per kg of beef.  However, because the competitiveness of the EU agricultural sector is likely to be affected by the implementation of unilateral environmental taxes, and because of the possibility of carbon leakage, the authors argue that it is crucial to levy the meat tax on both domestic and imported meat (through border tax adjustment on imports) and that the tax therefore should be imposed on consumption rather than production.

Particular focus is placed on international climate change law, World Trade Organization (WTO) law, human rights law and EU law and the paper analyses whether the hypothesised meat tax would withstand international climate change and trade law. The article argues that a state is not free in its regulatory choices regarding mitigating climate change, that it is bound by legal restrictions as to the measures available and, at the same time, by its legal responsibility for environmental protection.

The paper concludes that the legal analysis depends on how the tax is to be levied, and that if carefully designed, a meat tax is proportionate and compatible with both international and EU law. In terms of EU law, the authors refer to the EU’s precautionary principle and they argue that it substantially lowers the threshold needed for governments to justify action when faced with risks of unknown probability. They further argue that the threshold to justify governmental action towards climate change should be easily met since the risks of climate change are well documented.

Interestingly, the paper concludes with a quite strong remark on the responsibility of states (within the EU) to consider implementing a meat tax:  “The failure to implement a meat tax as a mitigation measure is not just a violation of the ‘polluter pays’ principle and the principle of equality. Conflict could occur with regard to the EU’s human rights duty to protect its citizens against climate disaster, and its duty not to cause transboundary harm. Given the clear contribution of meat products to global warming and the equally clear foreseeability of the damaging consequences of climate change, the EU should seriously consider such a measure as a means of taking reasonable care towards mitigating climate change.”

Note that quite a few issues spring to mind when thinking about the design of a meat tax: for example that  a) governments may fail in their duty of care to people if lower carbon food that are high in sugar are encouraged by implementing a “high carbon” meat tax,  b) a focus on meat alone ignores the fact that there are other foods that carry high GHG costs (e.g. dairy products, some fish products, and airfreighted/hothoused produce and  c) there is also a risk that a focus on GHGs alone and not other environmental concerns, pose the risk of problem swapping (e.g. people may switch from ruminant meat to poultry or aquatic products, each of which brings a different set of environmental products).

The rationale given in the paper for focusing on meat alone is as follows (some of which is arguably open to challenge):

“I propose a tax on meat despite the fact that, in principle, all categories of food could be subject to taxes on GHG emissions. One reason for this is that a tax on meat promises to be an efficient means of mitigating climate change. Meat alternatives cause only a fraction of the GHG emissions caused by meat. Similarly, vegetable foodstuffs are excluded because of their much lower GHG emissions per food unit and their lower elasticities. Furthermore, within the EU meat is responsible for 20 times more emissions per kg than milk. Lastly, it would also be an effective measure: tests by the Organisation for Economic Co-operation and Development (OECD) and the Food and Agriculture Organization of the United Nations (FAO) on the global agricultural sector have confirmed that consumption, and therefore GHG emissions, would fall with the introduction of a meat tax. It is estimated that a 7% reduction in current GHG emissions in EU agriculture could be achieved if €60 per tonne of CO2-equivalent was added to the price.”

Meat production and the transport sector contribute almost equally to global warming. However, unlike the transport sector, in terms of climate change policies meat production is relatively unregulated. Many scientists have called for a meat tax as a means of reducing consumption but governments and politicians have not responded. Has the law been an obstacle to the acceptance of a meat tax? To address that question, this article analyzes three examples of European Union (EU) taxes that could be imposed on the consumption of domestic and imported meat, and examines them in relation to the international climate change regime, human rights law, and the legal regimes of the World Trade Organization and the EU. It shows that, if carefully designed, an EU meat tax is consistent with these bodies of law. To address adequately the industrial sectors that give rise to global warming, governments will need to overcome the taboo relating to the concept of a meat tax.

You can find related resources in the Research Library categories on Governance and policy, meat, eggs and alternatives  and keyword categories on Food taxes,  mitigation policies, food and agriculture policy and here are all results from a website search on meat tax. 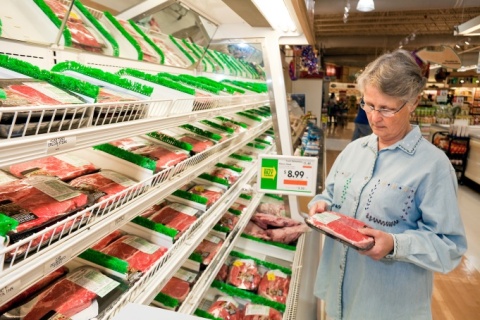