Concentrations of carbon dioxide last year grew at the fastest rate since 1984, says a BBC news article. Reporting on data released by the World Meteorological Organisation, the article describes how this increase in concentration is due not only to increased greenhouse gas emissions, but also to a reduced carbon uptake by the biosphere. This reduction could be temporary, or it could be an indication that the biosphere has reached its absorption limit. The article points out that seas, trees, and living things, which play an important role by absorbing over half of the total greenhouse gas emissions, are also breaking records; the oceans soak up about 4kg of CO2 per person every day, a rate unparalleled over the last 300 million years and resulting in unprecedented salination of the oceans.

This report gives added weight to calls for a global climate treaty, and pressure is now on the upcoming special summit convened by UN secretary general, Ban Ki-moon. The meeting, to be held at the end of September in New York, aims to instigate negotiations that will result in a new global climate change initiative by the end of 2015. However, the UK’s energy secretary Ed Davey says that any agreement will in all probability not contain legally binding emissions cuts as has been previously been proposed.

Note that UN is organising a Climate Summit in New York in the last week in September (2014), called by the UN Secretary-General Ban Ki-moon.  For a briefing on the summit, its aims and which political leaders will be attending, see this useful commentary by the website Carbon Brief.

You can find further information on GHG trends and projections on our website. 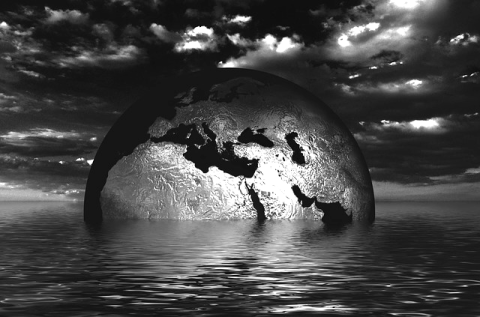