This report by the Food and Agriculture Organisation of the United Nations (FAO) aims to inform decision-making that focuses on reducing impacts on natural capital.

It begins by stating that there is a worrying disconnect in many countries between the retail price of food and the true cost of its production. As a consequence, food produced at great environmental cost in the form of greenhouse gas emissions, water pollution, air pollution, and habitat destruction, can appear to be cheaper than more sustainably produced alternatives.

Based on the report, FAO aims to develop a “Food and Beverage Sector Guide of the Natural Capital Protocol”. It is hoped that these publications will encourage businesses to use a monetary approach and integrate natural capital costs into mainstream business decision-making and operations.

The report builds on knowledge gained through the Food Wastage Footprint: Full-Cost Accounting a report produced by Trucost (a consultancy working to provide data and insight to help its clients understand the economic consequences of natural capital dependency) and FAO in 2014. Data has been primarily sourced from FAO and Trucost, with other relevant datasets coming from lifecycle analysis databases such as Agri-footprint.

And their new report delivers:

The main findings from this phase of work are:

For more on findings from the various case studies see link to full report below:

You can find more information in our categories on natural capital, and decision making tools.  You can also see results of a general search on cost-accounting. 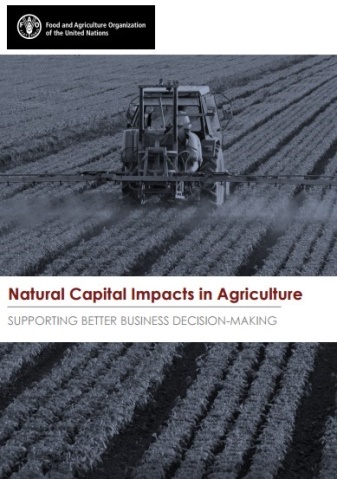