This study by US- and New Zealand-based researchers estimates the effect of elevated CO2 (eCO2) on the edible protein content of crop plants, and subsequently on protein intake and protein deficiency risk globally, by country. The basis for this study is that 76% of the world’s population derives most of their daily protein from plants, and that a meta-analysis by Myers, et al. (2014) revealed that plant nutrient content (of various types including protein, iron and zinc) changes under elevated CO2.

The researchers compiled the raw data from 99 high-CO2 experiments (variations on a theme of enriching air around crops with CO2 up to 500-700 ppm), with 48 different crops, and used a meta-analysis approach to derive average response ratios of protein content comparing plants grown in ambient CO2 (aCO2, i.e. the current actual CO2 levels) with those grown under eCO2. To estimate whence the population of different countries derive their plant-based proteins, the researchers averaged data on the per capita availability of each crop in each country over the period 2009-2013, from FAO Food Balance Sheet estimates, and assumed that protein availability equals protein intake corrected for digestibility (which is about 80% for plant-based protein). To estimate the effect of eCO2 on protein intake in each country, the authors assumed that the consumption of each food source would stay constant, but with its protein content decreasing as predicted by the response ratios. For an extreme scenario the researchers re-ran their analysis after removing all animal-sourced foods, to establish the effects of eCO2 on those consuming plant-based diets.

To define a boundary for protein deficiency, the researchers used 0.66 g/kg/day of protein as the recommended intake, and calculated the minimum healthy body weight as a BMI of 18.5 kg/m2. Based on national health data on height, and adjustments to account for age, sex and pregnancy status, this allowed for the calculation of the minimum protein requirements of different demographic groups in each country.

The authors note that those people who currently have the lowest protein intakes are also those relying most heavily on plant protein sources (i.e. who consume less animal protein), and are thus the most vulnerable to decreasing protein levels in crops (as changes in meat protein levels are predicted to change only minimally). The paper also notes the interaction of lower protein with changes in other nutrients in crops, namely zinc and iron (a similar paper to this one, also based on the Myers 2014 and 2015 papers, was summarised in another recent edition of Fodder, here).

The researchers comment that increasing nitrogen fertiliser use on crops or switching to meat-based diets are not advisable solutions to the problems identified in this paper, as both fertiliser production/application and livestock rearing are major contributors to elevated CO2 levels in the atmosphere (and a great many other problems), and also because increased fertilisation has not been shown to offset the eCO2 effect on protein content anyway. They recommend instead a three-pronged solution: breed or select crop cultivars for robust nutritional content under eCO2; mitigate CO2 emissions; and combat poverty and inequitable food distribution.

BACKGROUND: Crops grown under elevated atmospheric CO2 concentrations (eCO2) contain less protein. Crops particularly affected include rice and wheat, which are primary sources of dietary protein for many countries.
OBJECTIVES: We aimed to estimate global and country-specific risks of protein deficiency attributable to anthropogenic CO2 emissions by 2050.
METHODS: To model per capita protein intake in countries around the world under eCO2, we first established the effect size of eCO2 on the protein concentration of edible portions of crops by performing a meta-analysis of published literature. We then estimated per-country protein intake under current and anticipated future eCO2 using global food balance sheets (FBS). We modeled protein intake distributions within countries using Gini coefficients, and we estimated those at risk of deficiency from estimated average protein requirements (EAR) weighted by population age structure.
RESULTS: Under eCO2, rice, wheat, barley, and potato protein contents decreased by 7.6%, 7.8%, 14.1%, and 6.4%, respectively. Consequently, 18 countries may lose >5% of their dietary protein, including India (5.3%). By 2050, assuming today’s diets and levels of income inequality, an additional 1.6% or 148.4 million of the world’s population may be placed at risk of protein deficiency because of eCO2. In India, an additional 53 million people may become at risk.
CONCLUSIONS: Anthropogenic CO2 emissions threaten the adequacy of protein intake worldwide. Elevated atmospheric CO2 may widen the disparity in protein intake within countries, with plant-based diets being the most vulnerable. 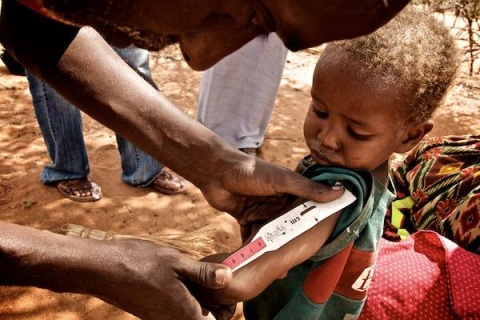