This study, which analyses data from two long-term epidemiologic research studies in the US, found that specific food sources of protein in the diet affected health outcomes in differing ways. Taking into account a number of other dietary and lifestyle factors, the authors showed that animal protein intake was weakly associated with a higher risk for mortality.

This was particularly true for mortality from cardiovascular disease. More specifically, the animal-protein-associated mortality risk applied primarily to processed and unprocessed red meats and not to fish or poultry. Conversely, higher plant protein intake was associated with lower all-cause mortality.

The authors suggest that the negative effects of high animal protein intake and beneficial effects of plant protein 1) may be increased by other unhealthy lifestyle choices and 2) manifest primarily among the subgroup of individuals with these behaviours who may already have had some underlying inflammatory or metabolic disorders.

The study used data from the Nurses' Health Study (NHS) and the Health Professionals Follow-up Study (HPFS), two cohort studies with comprehensive health data on more than 170,000 participants over 32 years. All participants in these studies completed health questionnaires every two years starting in the 1980s, and provided detailed information on their diet and lifestyle every four years. Combining this information with mortality data of the participants allowed the authors to assess relationships between protein intake from different plant and animal sources and rates and causes of death. The analysis included controlling for a range of lifestyle factors and used a ‘nutrient density model’ which adjusted for total energy intake and the percentage of energy from various fats.

The paper supports evidence from other epidemiological studies such as the Oxford-led EPIC group, which has a cohort from across 10 European countries with nearly half a million participants (not mentioned in this article). In a paper published in 2013, Rohrmann et al. publish evidence that processed meat contributed to mortality from cardiovascular disease as well as cancer, with some indication that high consumption from red meat may do the same.

In all then, the study seems to indicate that:

d. Plant protein seems to have beneficial associations with health.

IMPORTANCE Defining what represents a macronutritionally balanced diet remains an open question and a high priority in nutrition research. Although the amount of protein may have specific effects, from a broader dietary perspective, the choice of protein sources will inevitably influence other components of diet and may be a critical determinant for the health outcome.

OBJECTIVE To examine the associations of animal and plant protein intake with the risk for mortality.

DESIGN, SETTING, AND PARTICIPANTS This prospective cohort study of US health care professionals included 131 342 participants from the Nurses’ Health Study (1980 to end of follow-up on June 1, 2012) and Health Professionals Follow-up Study (1986 to end of follow-up on January 31, 2012). Animal and plant protein intake was assessed by regularly updated validated food frequency questionnaires. Data were analyzed from June 20, 2014, to January 18, 2016.

Read the full paper here (paywall: requires journal access). A useful overview of the paper can also be found here. Related papers can be found here and here. 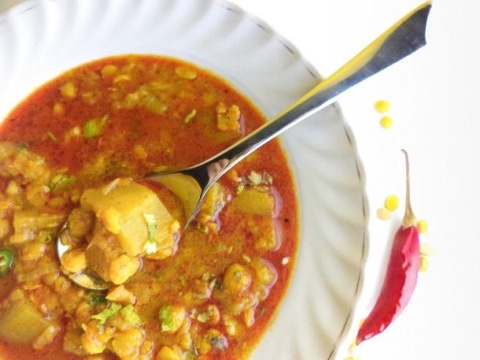