This paper analyses how over 100 European think tanks talk about the links between animal-sourced foods and climate change, seeking to understand how they have influenced policymakers’ attitudes to the issue. It argues that the failure of many think tank documents to link the two issues contributes to a wider lack of attention to the environmental impacts of diets.

The authors found 1,408 written outputs from these think tanks, published between 1984 and 2019, that discussed both climate change and animal-sourced foods (the search keywords used in relation to food were “meat”, “animal” and “dairy”). Many relevant outputs (>30%) were from think tanks in the United Kingdom, followed by Germany and Belgium - but note that this distribution is likely highly influenced by the fact that only English-language outputs were assessed.

The authors then performed a frame analysis on the written outputs to establish whether they made a positive or negative correlation between animal-sourced foods and the wellbeing of the environment and/or climate, as well with other issues such as human health problems, social justice and animal suffering.

Despite the clear majority of texts that do link the two factors - diet and environment - arguing that there are negative impacts of animal-sourced foods on the environment or climate, the authors of this paper argue that European think tanks are ignoring the issue, since so many of the think tanks and texts studied mention animal-based diets without also drawing any link, negative or positive, to climate change. The authors conclude “The discourse of European think tanks has made the relationship between the animal-based diet and climate invisible.”

The authors speculate on why links between diet and climate/environment are not receiving more attention from European think tanks. They note that economic barriers to reducing meat consumption exist, that industry lobbying is widespread, and that think tanks in Europe mostly avoid “problematising” capitalism. They argue that think tank staff may be affected by “psychological craving for animal-based food”, as is wider society. Finally, they suggest that the dominance of a patriarchal worldview, in which meat-eating and masculinity are strongly associated, may be responsible, partly because “Western conservative white males, who are present in European think tanks, have been found to be more likely to deny climate change”. However, the paper does not analyse the gender balance of the authors of the publications.

Despite the evidence concerning the substantial greenhouse gases emissions resulting from animal-based food production, climate policies and institutions around the world have barely made an issue of this link until very recently. To better understand this lack of attention, we focus on the discursive role of think tanks as prominent but under researched actors attempting to shape public policy. This contribution examines whether European think tanks have discussed animal-based diets regarding climate change policies and mitigation actions. We conduct a frame analysis study of 110 European think tanks, encoding all their available online output in English related to the link between global heating and animal-based food. We conclude that European think tanks have contributed to a manufacturing of ignorance regarding the impact our dietary choices have on the climate. Ideological reasons related to economic, anthropocentric and patriarchal worldviews explain this role. 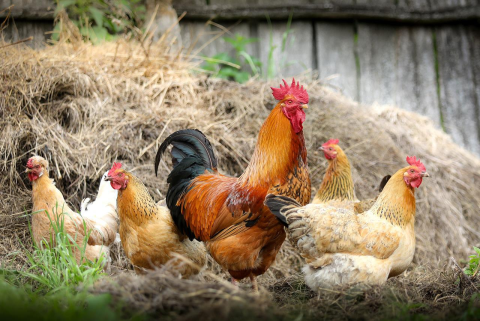