Cultured meat: state of the art and future

Cultured meat, also known as in vitro, clean, lab-grown or synthetic meat, is meat grown as muscle tissue in the laboratory. This paper reviews the state of cultured meat technology, analyses social concerns and examines some of the issues that start-ups in the industry face.

The paper outlines some of the main potential advantages of cultured meat, including the possibility to engineer a healthier nutritional profile, quicker production, less animal suffering, reduction in land use, lower environmental impacts and even the possibility of providing meat for human space exploration missions.

The paper then outlines some of the technical factors and challenges in cultured meat production.

Cultured meat is grown from real animal cells. The paper doesn’t discuss the issue of whether the extraction of these cells results in animal slaughter. Different types of cells can be used, including:

The liquid used to feed the cells typically contains animal ingredients such as foetal bovine serum, but foetal bovine serum is variable between batches, could carry diseases and is unsuitable for vegetarians. Standardised serum-free media are available, but are expensive. One cheaper alternative based on mushroom extract was reported in 2002, but it is not clear whether that is currently commercially available.

Foetal bovine serum and similar ingredients are used because they contain growth factor molecules that encourage the cells to grow. Alternative sources of growth factors include recombinant DNA: plant, animal or bacterial species could be genetically modified to generate the growth factors, which can be extracted and added to the growth medium.

A scaffold is a material on which the muscle cells can grow. Possible materials include collagen, cellulose, chitosan or alginate. If the scaffold is inedible, it must be removable, e.g. mechanically or by enzymes, but this could damage the muscle cells. One solution is a coating that switches from hydrophobic to hydrophilic at low temperatures, releasing the sheets of cells which can then be stacked together to form the edible product.

Bioreactors for cultured meat must permit adequate transport of oxygen to the cells. Rotating wall vessel bioreactors, where the cells are grown in a cylinder rotating about a horizontal axis, provide good mass transfer with low shear stress (avoiding damage to the cells). Direct perfusion bioreactors, where the growth medium is continuously filtered past the scaffold holding the cells, provide high mass transfer but also high shear stress. Oxygen carriers such as variations of haemoglobin or perfluoro chemicals could maintain high oxygen levels in the growth medium, mimicking blood.

Tissue can be grown without a scaffold, as one paper demonstrated for fish muscle. However, self-organising tissue cannot be thicker than about one millimetre, because oxygen cannot reach the cells in the centre of the tissue.

Other techniques for producing more complex tissue structures include: 3D printing of cells in a gel (this technique is used for printing organs for medical purposes, but is expensive and still not fully developed); bio-photonics, where cells are held in place by laser light; and nanorobots to assemble substances in different forms (a technique still under development).

The paper outlines several factors that influence people’s acceptance or otherwise of cultured meat, including: notions of “natural” versus “unnatural” foods; animal welfare and ethical questions over reducing the numbers of farmed animals; cost relative to conventional meat; taste; health and safety regulations; political attitudes and demographics - for example, one survey found that, on average, male, liberal and vegetarian participants viewed cultured meat more favourably than female, conservative and meat-eating participants (note, however, that the original survey shows that while vegetarian and vegan participants were more likely to see cultured meat as beneficial, they were less likely to want to try it than meat-eating participants).

Cultured meat or in vitro meat offers a safe and disease-free way forward to meet increasing meat requirement without involving animal sacrifices and at the same time, reducing greenhouse emissions, as compared to conventional meat. However, its cost, scale-up, public neophobia and technophobia, and incomplete understanding of health benefits, limits its commercial viability. This review looks into technological advances and limitations in this area and at the same time, critically analyses the social concerns, making a case for in vitro meat. This paper also looks into the new startups which have ventured into the area but are facing issues due to social perception and lack of regulatory guidelines.

Do you work with or have an interest in cultured meat? We’d love to hear your thoughts. Please use the comments box below to join the discussion. 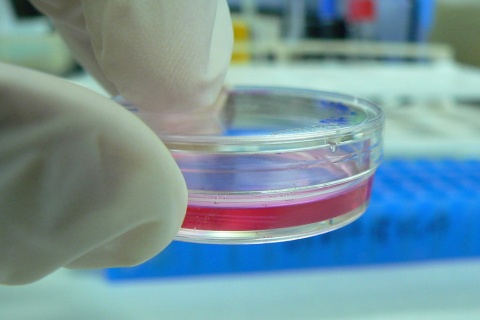