Climate change to threaten biodiversity more than land use

Land use has already caused the loss of around 11% of species in vertebrate communities, compared to pristine habitats. This paper estimates that future land use could cause between a 2.6% gain and a 1.9% further loss (as a percentage of the original species numbers). However, the author points out that the land use scenarios considered make optimistic assumptions about future agricultural yields, and do not consider all of the ways in which land use can impact biodiversity.

Climate change is projected to cause larger species losses than climate change, ranging from species losses of 11% to 29% by 2070, relative to the 1961-1960 time period. Amphibians are expected to be affected more strongly than reptiles, birds, and mammals.

Species loss is expected to be lowest overall in northern regions, as shown in the figure below.

Note that while overall species loss is lowest in the case of lowest climate change, this scenario actually results in the second-highest loss of species from land use, due to the use of biofuels for climate mitigation. The highest loss of species due to land use is found in the case of highest climate change, in which agriculture expands to feed a growing human population.

Land-use and climate change are among the greatest threats facing biodiversity, but understanding their combined effects has been hampered by modelling and data limitations, resulting in part from the very different scales at which land-use and climate processes operate. I combine two different modelling paradigms to predict the separate and combined (additive) effects of climate and land-use change on terrestrial vertebrate communities under four different scenarios. I predict that climate-change effects are likely to become a major pressure on biodiversity in the coming decades, probably matching or exceeding the effects of land-use change by 2070. The combined effects of both pressures are predicted to lead to an average cumulative loss of 37.9% of species from vertebrate communities under ‘business as usual’ (uncertainty ranging from 15.7% to 54.2%). Areas that are predicted to experience the effects of both pressures are concentrated in tropical grasslands and savannahs. The results have important implications for the conservation of biodiversity in future, and for the ability of biodiversity to support important ecosystem functions, upon which humans rely.

Newbold, T., 2018. Future effects of climate and land-use change on terrestrial vertebrate community diversity under different scenarios. Proceedings of the Royal Society of London B. 285:20180792.

Find the full paper here and read detailed coverage in Carbon Brief here. See also the Foodsource building blocks What is land use and land use change? and What is sustainable intensification? 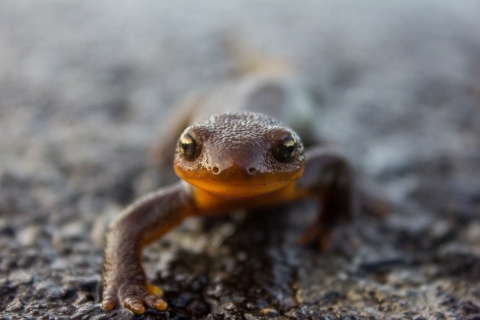