Some scientists have suggested that Africa's wet savannahs could be ideal for growing crops needed to meet the growing demand for food and bioenergy. In this paper however, researchers from Princeton University and the CGIAR Research Program on Climate Change, Agriculture and Food Security (CCAFS) warn that farmland conversion of these savannahs will come at a much higher cost than previously thought.

Although Africa has largely untapped land-resources for agriculture expansion, this paper argues that the continent should not become the world’s next low-carbon breadbasket. It says that previous studies have miscalculated the environmental cost of farmland conversion of important wet savannahs and shrublands, and that the environmental costs will be much higher than anticipated. The idea that Africa can provide food and biofuels while keeping emissions low "does not add up;" African countries should rather focus on staple crop production to feed the continent first. The study focuses on the Guinea Savannah which covers a large part of the African continent and which has been claimed to have a high potential for agriculture expansion, especially for maize and soybean production, at low environmental costs.

Within Africa, the authors say government policy should focus as much as possible on boosting yields on existing cropland. They write:

"These environmental values do not mean that African countries should never clear another hectare. Given the chronic malnutrition levels that persist on the continent and high population growth projections, e recognise that some expansion into these as yet uncultivated lands is going to be necessary. However, the challenge of feeding Africa’s growing population is often underestimated - reinforcing the fact that any new land use should focus on feeding populations within the region, rather than on producing for export.”

Do the wet savannahs and shrublands of Africa provide a large reserve of potential croplands to produce food staples or bioenergy with low carbon and biodiversity costs? We find that only small percentages of these lands have meaningful potential to be low-carbon sources of maize (~2%) or soybeans (9.5–11.5%), meaning that their conversion would release at least one-third less carbon per ton of crop than released on average for the production of those crops on existing croplands. Factoring in land-use change, less than 1% is likely to produce cellulosic ethanol that would meet European standards for greenhouse gas reductions. Biodiversity effects of converting these lands are also likely to be significant as bird and mammal richness is comparable to that of the world’s tropical forest regions. Our findings contrast with influential studies that assume these lands provide a large, low-environmental-cost cropland reserve.

You can also read an opinion piece Dispelling the ‘breadbasket’ myth about African agriculture, by authors Timothy Searchinger and Philip Thornton in This Is Africa, an online publication of the Financial Times (UK) (you need to register to access the article, but registration is free).  There is also a blog-post on the CGIAR Research Program on Climate Change, Agriculture and Food Security (CCAFS) website, Can Africa provide enough low-carbon land to meet global food needs?  The Carbon Brief provides further coverage, Farming Africa's wet savannahs would have a high climate cost, study warns. 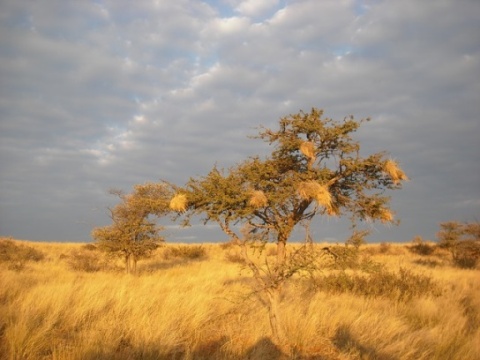