This study sets out the economic and social threats and opportunities that alternative meat products (i.e. plant-based meat replacements and cellular agriculture) pose to rural producers in the United States. It is based on interviews with 37 stakeholders, including researchers, farmers, non-profits, funding agencies, government agencies, and representatives from the cultured meat, plant-based meat, beef, soy and pea sectors.

The opportunities identified include:

The paper also discusses potential threats to rural communities, including loss of jobs and income from livestock and feed production, difficulty for contract farmers to transition away from their livestock production contracts (particularly if they are in debt), and the possibility that cultured meat facilities would be preferentially located away from rural areas to have better contact with networks and infrastructure.

Interviewees differed on the extent to which they think alternative meat will replace livestock production. Some think that alternative meat is likely to meet growing demand for protein rather than replace existing demand for animal products. Many also noted that the livestock industry in the US is threatened by other factors, including the aging farmer population and trend for smaller farms to be consolidated into larger operations.

Interviewees also identified ways in which researchers, government agencies and nonprofits can help to minimise the downsides and maximise the benefits that have been discussed already. These include more research into the impact of protein transitions, tax credits for rewilding unused lands, incentivising companies to set up production facilities in marginalised or disadvantaged communities, and convening stakeholders for “open conversations that are amicable rather than adversarial”. (Note that a key part of Table’s mission is to impartially map the reasons for different viewpoints and facilitate dialogue between a wide variety of food systems actors.)

Animal agriculture presents major sustainability challenges. Alternative meat (alt-meat) products (e.g., plant-based and cultured meat) are substitutes for animal meat products, made using innovative food technologies. The potential environmental impacts of plant-based and cultured meat have been well-explored but the social and economic impacts of alt-meat have received less attention, particularly as they relate to rural communities. This paper addresses the research question: What are social and economic opportunities and challenges of cultured and plant-based meat for rural producers in the US? We conducted semi-structured interviews with 37 expert informants, including representatives of cultured meat companies, plant-based meat companies, non-profit organisations, funding agencies, governmental agencies, and the beef, soy, and pea sectors, as well as researchers and farmers. Our interviews revealed a range of ways in which alt-meat sectors might present opportunities or threats for rural producers in the US. Opportunities included growing crops as ingredients for plant-based meat or feedstock for cultured meat; raising animals for genetic material for cultured meat; producing cultured meat in bioreactors at the farm level; transitioning into new sectors; new market opportunities for blended and hybrid animal- and alt-meat products; and new value around regenerative or high-animal welfare farming. Threats included loss of livelihood or income for ranchers and livestock producers and for farmers growing crops for animal feed; barriers to transitioning into emerging alt-meat sectors; and the possibility of exclusion from those sectors. Interviewees also identified a range of roles for universities and research organisations, government agencies, and non-profit organisations that could help to maximise the benefits and minimise the risks from emerging alt-meat sectors. Finally, most interviewees thought it likely that alt-meat would form an additional form of protein that captured some or all of the anticipated growing demand for protein rather than one that displaced animal meat entirely. As such, the emergence of alt-meat sectors alongside animal agriculture may offer more choices for rural producers in terms of which markets they sell to and what forms of production they adopt or pursue. This paper identifies numerous research gaps, to which natural and social scientists could usefully apply their attention.

Newton, P. and Blaustein-Rejto, D., Social and economic opportunities and challenges of plant-based and cultured meat for rural producers in the US. Frontiers in Sustainable Food Systems, 5, p.10.

Read the full paper here. See also the Table explainer What can be done to shift eating patterns in healthier, more sustainable directions? 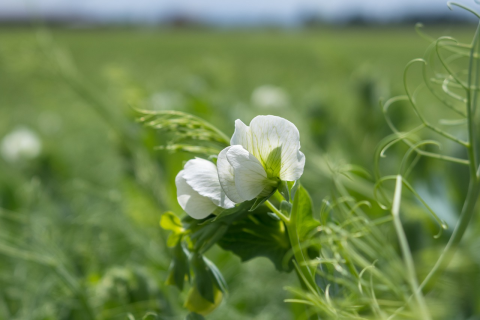