This report by the World Bank highlights the acute threat of climate change to poor people that result from the impacts on food security. The key message is that efforts to curb climate change must be twinned with programmes to cut poverty, if we are to keep climate change from pushing more than 100 million people back into poverty in just 15 years (by 2030).

It argues that the threat of climate change can be contained through rapid and inclusive development that takes climate change into account, targeted adaptation measures, and emissions reductions efforts that protect the poor. It warns that without such action, climate change could push more people back into poverty -with an estimated 48,000 additional deaths among children under the age of 15 resulting from diarrheal illness by 2030. Some of the report’s suggestions are to ensure targeted action to help people cope with climate shock while accelerating efforts to reduce emissions and design them to protect the poor. Examples of adaption actions mentioned are developing early warning systems and flood protection as well as introducing heat-resistant crops.

Climate impacts will affect agriculture the most, a key sector in the poorest countries and major source of income, food security, nutrition, jobs, livelihoods and export earnings. By 2030, crop yield losses could mean that food prices will be 12 percent higher on average in Sub-Saharan Africa compared to scenarios without climate change. The strain on poor households, who spend as much as 60 percent of their income on food, could be acute. The resulting malnutrition could lead to an increase in severe stunting of up to 23 percent in Sub-Saharan Africa and up to 62 percent in South Asia, compared to scenarios without climate change. These increases correspond to an absolute increase in the number of stunted children in some parts of Sub-Saharan Africa, with the negative effect of climate change outweighing the positive effect of economic growth.

You can access the full report with infographics here and read more in The Guardian here. 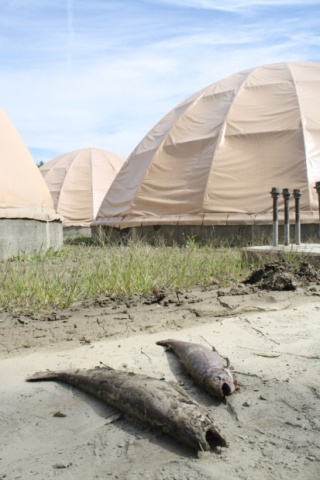