The WHO’s International Agency for Research on Cancer (IARC) has classified processed meat in Group 1 of carcinogenic substances– the highest evidence level (“based on sufficient evidence”). Red meat is placed in Group 2A as probably carcinogenic (based on limited evidence). The new classification is announced in a research summary report published in The Lancet Oncology 26 October 2015 where WHO summarises its review of all scientific evidence on which substances can be linked to any type of cancer in humans.

Processed meat is thus classified as “carcinogenic to humans” given the statistically significant association between processed meat consumption and bowel cancer. The Group 1 category includes things such as tobacco, mustard gas and formaldehyde. Note however that although tobacco is also placed in Group 1 tobacco poses a much higher relative risk of causing cancer. The report “Carcinogenicity of consumption of red and processed meat” concluded that each 50 gram portion of processed meat eaten daily increases the risk of colorectal cancer by 18%.  Note that the age-standardised baseline incidence of colorectal cancer, taking the UK as an example, is about 57 per 100,000 for men and 38 per 100,000 for women – so the 18% refers to an increase in risk above that level.

Red meat was placed in Group 2A as probably carcinogenic (based on limited evidence). This association was observed mainly for colorectal cancer, but associations were also seen for pancreatic cancer and prostate cancer.

Similar results have been shown in earlier research. For example, the World Cancer Research Fund (WCRF) has warned for several years that there is "strong evidence" that consuming a lot of red and processed meat can cause bowel cancer (see this report from 2007), while the UK’s  Department of Health says that “evidence shows that there is probably a link between eating red and processed meat and the risk of bowel cancer”. However this announcement by the IARC is significant since this body is part of the World Health Organisation and has considerable influence on governments and regulators. The IARC’s mission is to coordinate and conduct research on the causes of human cancer, the mechanisms of carcinogenesis, and to develop scientific strategies for cancer control.

The IARC Working Group results are based on a meta-study which considered more than 800 studies that investigated associations of more than a dozen types of cancer with the consumption of red meat or processed meat in many countries and populations with diverse diets. The most influential evidence came from large prospective cohort studies conducted over the past 20 years.

”These findings further support current public health recommendations to limit intake of meat. /…/ At the same time, red meat has nutritional value. Therefore, these results are important in enabling governments and international regulatory agencies to conduct risk assessments, in order to balance the risks and benefits of eating red meat and processed meat and to provide the best possible dietary recommendations.”

The press release by WHO further states that: “Red meat refers to all types of mammalian muscle meat, such as beef, veal, pork, lamb, mutton, horse, and goat. Processed meat refers to meat that has been transformed through salting, curing, fermentation, smoking, or other processes to enhance flavour or improve preservation. Most processed meats contain pork or beef, but processed meats may also contain other red meats, poultry, offal, or meat by-products such as blood. Examples of processed meat include hot dogs (frankfurters), ham, sausages, corned beef, and biltong or beef jerky as well as canned meat and meat-based preparations and sauces.”

The meat industry has been very critical of the statement; they argue that the announcement is alarmist and that the science behind it is not clear enough.  The National Cattlemen’s Beef Association say that “Science Does Not Support International Agency Opinion on Red Meat and Cancer” while the president of the North American Meat Institute in a statement argues that "Scientific evidence shows cancer is a complex disease not caused by single foods and that a balanced diet and healthy lifestyle choices are essential to good health."

Read the full report in the Lancet (access given when you register a free account with the Lancet). You can also read the press release from WHO where these findings were presented.   For more information about the research behind the statement see this piece by the Cancer Research UK, and this article in The Guardian. There is also a statement from WCRF on the WHO classification. 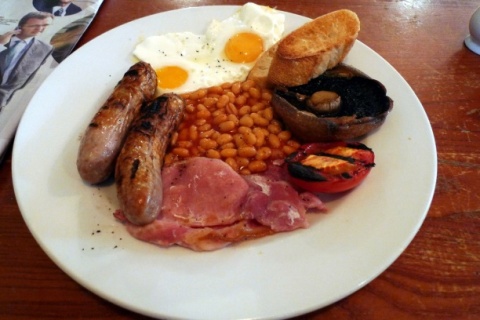