The water footprint of agricultural products in European river basins

This study published by the European Commission's Joint Research Centre in the journal Environmental Research Letters analyses the water footprint of agricultural production and consumption in Europe. It looks at the net virtual water import of 365 European river basins for the period between 1996-2005 based on two diet scenarios – a healthy diet based upon food-based dietary guidelines and a vegetarian diet.

The paper finds that the different diet scenarios lead to substantial shifts in water footprints that also lead to shifts in amounts of net virtual water imports. The healthy diet leads to decreases in virtual river imports in most river basins except in northern and eastern Europe, with 22 of the 365 river basins shifting from being net VW importers to being net VW exporters under this scenario. For the vegetarian diet, a reduction in imports is created in 364 of the 365 river basins which results in a shift of 50 river basins from being net virtual water importers to being net exporters.

The authors argue that this reduction of the water footprint from agricultural production and consumption shows that there is significant potential achieving sustainable water management through dietary change, and for reducing the dependency of EU consumption on domestic and foreign water resources.  There may even be scope to increase water exports from EU to other regions thereby helping address water scarcity elsewhere. The authors conclude that shifts in both production and consumption practices will be necessary given our limited land and water resources.

This work quantifies the agricultural water footprint (WF) of production (WFprod, agr) and consumption (WFcons, agr) and the resulting net virtual water import (netVWi, agr) of 365 European river basins for a reference period (REF, 1996–2005) and two diet scenarios (a healthy diet based upon food-based dietary guidelines (HEALTHY) and a vegetarian (VEG) diet). In addition to total (tot) amounts, a differentiation is also made between the green (gn), blue (bl) and grey (gy) components. River basins where the REF WFcons, agr, totexceeds the WFprod, agr, tot (resulting in positive netVWi, agr, tot values), are found along the London–Milan axis. These include the Thames, Scheldt, Meuse, Seine, Rhine and Po basins. River basins where the WFprod, agr, tot exceeds the WFcons, agr, tot are found in Western France, the Iberian Peninsula and the Baltic region. These include the Loire, Ebro and Nemunas basins. Under the HEALTHY diet scenario, the WFcons, agr, tot of most river basins decreases (max −32%), although it was found to increase in some basins in northern and eastern Europe. This results in 22 river basins, including the Danube, shifting from being net VW importers to being net VW exporters. A reduction (max −46%) in WFcons, agr, tot is observed for all but one river basin under the VEG diet scenario. In total, 50 river basins shift from being net VW importers to being net exporters, including the Danube, Seine, Rhone and Elbe basins. Similar observations are made when only the gn + bl and gn components are assessed. When analysing only the bl component, a different river basin pattern is observed.”

Read more about the report on the Water footprint website here.

You can find further resources related to the water footprint of food on our website here, virtual land and water imports here and the carbon footprint of different types of consumption here. 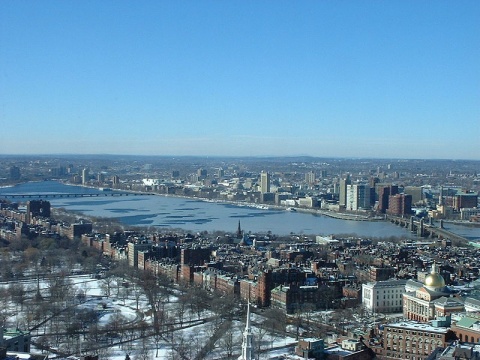