Use of Insects In Animal Feed Seen As Favourable By Farmers, Sector and Consumers

This research suggests that attitudes towards the use of insects in animal feed and resulting livestock products are generally positive. The paper finds that of those interviewed (farmers, agriculture sector stakeholders and citizens in Belgium), two thirds accept the idea of using insects in animal feed, and in particularly feel positively towards their potential role in improving the sustainability of animal diets.

Farmers, especially cattle farmers, report more critical attitudes than other stakeholders and citizens. However on the whole, the survey finds that people perceive the benefits to outweigh the risks and concerns. The paper is interesting in that it summarises and highlights not only the known benefits of insect production for feed but also the possible, and perhaps less discussed, risks.

Benefits include the fact that insects can be reared on agricultural or food byproducts and provide a valuable high protein alternative to soy.  The waste from insect rearing can be used as an organic fertilizer, closing the nutrient loop.  Insect rearing also requires less land than soy.  As regards insects as food for human consumption, they have higher feed conversion efficiency than larger livestock, and a lower GHG footprint.

As to risks, the paper mentions several studies and reviews that highlight possible (but not well understood or fully manageable) chemical and microbiological safety risks, allergenicity risks in animals and humans, risks of deficiencies in particular amino acids, and problems of digestibility and palatability. It also notes that the breeding and rearing of insects might also impact on the biodiversity where non-native species are accidentally released into the wild.

The use of insects in animal feed is a potential avenue to improve the sustainability of animal diets and meet the growing global demand for livestock products. Yet, little is known about the attitudes towards and willingness-to-accept insect-based animal feed and foods. This study presents findings from cross-sectional data collected in January 2015 from a sample of 415 farmers, agriculture sector stakeholders and citizens in Flanders, Belgium. Attitudes towards the idea of using insects in animal feed were generally favourable, most notably for fish and poultry feed. Two thirds of the study participants were willing-to-accept the use of insects in animal feed. The foods obtained from animals fed on insect-based feed were widely accepted. Farmers were more critical – but still generally positive – as compared to stakeholders and citizens. Insect-based feed was perceived to be more sustainable, to have a better nutritive value, but a lower microbiological safety as compared to conventional feed. In addition, the resulting foods were perceived to be more sustainable, nutritious and healthy, but at the risk of presence of off-flavours and allergens. Perceived benefits of using insects in animal feed pertained mainly to lowering the dependency on protein imports, and better valorisation of organic waste. Benefit perceptions were stronger and outweighed risk perceptions as a determinant of accepting the use of insects in animal feed. However, the strongest determinant of acceptance was a person's own willingness-to-eat insect-based foods. Overall, the findings of this study indicate a positive atmosphere and momentum for change towards the adoption of insects as a new ingredient in animal feed.

The study’s conclusions are:

“The idea of using insects in animal feed is widely accepted among agriculture sector stakeholders, citizens and farmers, although the latter reported more critical attitudes. The main perceived challenge relates to the future marketplace acceptance of livestock products obtained from animals fed on insect-based diets. Coping with this challenge will require the development of appropriate communication and marketing strategies involving the whole livestock production chain, retailers and end users, as well as adequate monitoring of the diffusion of adoption of this innovation. Meanwhile, technological and quality management issues are perceived to be less problematic, which indicates a good degree of belief in the technological feasibility of producing, processing and using animal feed with insects. Benefit perceptions were stronger and more influential than risk perceptions in shaping the willingness-to-accept the use of insects in animal feed. The most favourable beliefs, perceptions and attitudes were recorded among agriculture sector stakeholders, which means that this group is most strongly convinced of the need, appropriateness and feasibility of using insects as an ingredient in animal feed. Farmers, and livestock farmers with ruminants in particular, were more critical towards using insects in animal feed. Still a majority of the farmers were willing to accept this idea, and even one quarter indicated to be willing to consider the rearing insects on their own farm. The more critical attitudes among farmers with dairy or beef cattle in general, as well as among consumers towards milk and beef from cattle raised on insect-based diets, suggest that people do not believe that the use of insects in cattle feed is appropriate, feasible, or legitimate. The policy debate is therefore recommended to focus primarily on the use of insects in feed for fish, poultry, pigs and pets, while the use of insects in feed for cattle is not currently an issue. The overall positive atmosphere surrounding the idea of using insects in animal feed, as emerging from the current study, indicates the momentum is right to move forward with this development and to take advantage of this opportunity for animal feed and livestock production to improve its real and perceived sustainability and herewith maintain or rebuild legitimacy within society”.

We know that many FCRN members are increasingly interested in the insects issue. If any of you are involved in projects focusing on insects and would like to write a blog or be interviewed about their work on the FCRN website, please do get in touch. 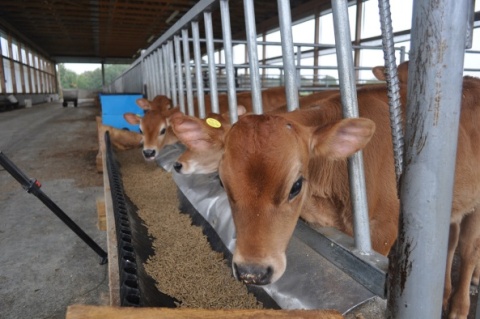