This paper discusses urban farmers’ markets in relation to food accessibility, the type and variety of foods they offer and their price and quality. This US based study is the first to itemize farmers’ market products in an entire urban county—in this case the Bronx—and compare them with what is available in nearby stores. It finds that farmers’ markets located in urban areas may not contribute positively to nutrition or health.

Some of the key points are as follows:

The authors draw the following conclusions:

“FMs may offer and promote many items that are less-than-ideal for good nutrition and health. Moreover, FMs may carry less-varied, less-common, more-expensive produce in neighbourhoods that already have stores with overwhelmingly more hours of operation. Although FMs might increase access to organic produce, and produce that is fresher, their lower accessibility, restricted variety, and higher cost, might provide little net benefit to food environments in urban communities, especially when so much of their inventory is refined and processed non-produce fare.”

Most food-environment research has focused narrowly on select stores and restaurants. There has been comparatively less attention to non-storefront food sources like farmers' markets (FMs), particularly in urban communities. The objective of the present study was to assess FMs' potential contribution to an urban food environment in terms of specific foods offered, and compare FM accessibility as well as produce variety, quality, and price to that of nearby stores. Investigators conducted a detailed cross-sectional assessment of all FMs in Bronx County, NY, and of the nearest store(s) selling produce within a half-mile walking distance (up to two stores per FM). The study included 26 FMs and 44 stores. Investigators assessed accessibility (locations of FMs and stores relative to each other, and hours of operation for each), variety (the number and type of all food items offered at FMs and all fresh produce items offered at stores), quality (where produce items were grown and if they were organic), and price (including any sales prices or promotional discounts). Analyses included frequencies, proportions, and variable distributions, as well as mixed-effect regressions, paired t-tests, and signed rank tests to compare FMs to stores. Geographic information systems (GIS) allowed for mapping of FM and store locations and determining street-network distances between them. The mean distance between FMs and the nearest store selling fresh produce was 0.15 miles (range 0.02-0.36 miles). FMs were open substantially fewer months, days, and hours than stores. FMs offered 26.4 fewer fresh produce items on average than stores (p values <0.02). FM produce items were more frequently local and organic, but often tended toward less-common/more-exotic and heirloom varieties. FMs were more expensive on average (p values <0.001 for pairwise comparisons to stores) - even for more-commonplace and "conventional" produce - especially when discounts or sales prices were considered. Fully, 32.8% of what FMs offered was not fresh produce at all but refined or processed products (e.g., jams, pies, cakes, cookies, donuts, juice drinks). FMs may offer many items not optimal for good nutrition and health, and carry less-varied, less-common fresh produce in neighborhoods that already have access to stores with cheaper prices and overwhelmingly more hours of operation.

We’d welcome your comments on this paper, particularly if you are a researcher working in this field or a member who is actively engaged in local food initiatives. Comment by going to the website link of this article and posting in the comments-field below the story (you need to be logged in as a member to do so), or share the story together with your comments in your social media channels by clicking one of the sharing buttons below the story. If you do so -please tag us in your post. 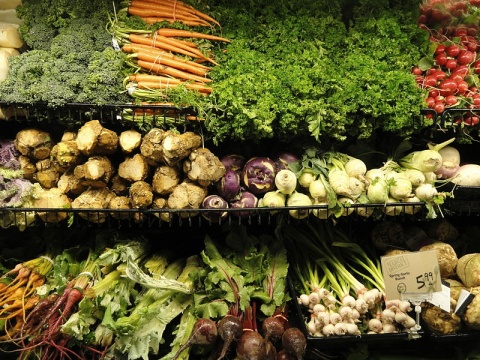