In this paper, researchers from a range of research institutions investigate the likely ‘transformational adaptations’ that will be necessary over the next century to maintain agricultural yields in sub-Saharan Africa.

Transformational adaptation refers to climate change adaptation strategies which involve changing “the fundamental attributes of a system” – in the context of agriculture, this can mean, for example, shifting farming systems or changing locations where crops or livestock are produced.

In this study, the researchers consider only one type of transformational change: the direct switching of a staple crop over a large area, as its yields become untenable under climate change. Using established climate change scenarios (in particular the RCP6.0 and RCP8.5 scenarios – see here for an explanation), the researchers investigate the likely timing of these transformational shifts for nine staple crops in sub-Saharan Africa. Their key finding was that, while most of the current suitable growing area for six of the nine crops will remain suitable over the next century, maize and banana crops will experience transformational adaptation in over 30% of the area where they are farmed, while 60% of the area currently used to grow beans will also experience such shifts.

The researchers assert that where transformations are deemed necessary, two options are available to farmers: to farm an alternative crop, or, if this is not practical/possible, to switch away from crop-based livelihoods. They identify millet and sorghum as viable alternatives to maize in most areas where a switch away from maize is required, although note the possible need to switch to livestock farming in the driest regions (e.g. the Sahel) where even these crops may be unable to grow.

The key recommendations of the paper are:

Climate change is projected to constitute a significant threat to food security if no adaptation actions are taken. Transformation of agricultural systems, for example switching crop types or moving out of agriculture, is projected to be necessary in some cases. However, little attention has been paid to the timing of these transformations. Here, we develop a temporal uncertainty framework using the CMIP5 ensemble to assess when and where cultivation of key crops in sub-Saharan Africa becomes unviable. We report potential transformational changes for all major crops during the twenty-first century, as climates shift and areas become unsuitable. For most crops, however, transformation is limited to small pockets (<15% of area), and only for beans, maize and banana is transformation more widespread (∼30% area for maize and banana, 60% for beans). We envisage three overlapping adaptation phases to enable projected transformational changes: an incremental adaptation phase focused on improvements to crops and management, a preparatory phase that establishes appropriate policies and enabling environments, and a transformational adaptation phase in which farmers substitute crops, explore alternative livelihoods strategies, or relocate. To best align policies with production triggers for no-regret actions, monitoring capacities to track farming systems as well as climate are needed.

You can find related resources in the Research Library categories on Climate change impacts and adaptation, Agricultural systems, Governance and Policy and Africa, and keyword categories: Adaptation policies, Bananas, Crop systems and Maize/Corn 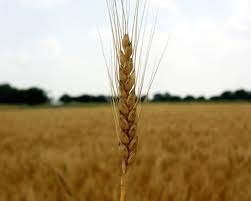