This study is the first to look at the net balance of the three major (biogenic, non-fossil fuel) greenhouse gases; carbon dioxide, methane, and nitrous oxide - for every region of earth's land masses. It analyses emissions from land use and land use change and uptakes from land and forests and concludes that the terrestrial biosphere (land and forests) is a net emitter of these greenhouse gases.

The analysis is a synthesis of numerous independent studies estimating biosphere-atmosphere fluxes but in contrast to most previous studies which have focused only on CO2, this one looks at all three GHGs with a biogenic cycle; CO2, methane, and nitrous oxide.  Emphasizing the effects and potential role of human activities on climate change mitigating on terrestrial carbon uptake, the researchers argue that there is an urgent need to target the biogenic emissions of the other important greenhouse gases, methane and nitrous oxide.

The researchers also show that the net effect of these three gases varies by region and argue that business-as-usual land management will not be enough to mitigate global warming. They find that because the human-induced emissions of the gases in Southern Asia, including China and India, had a larger net warming effect compared to other areas, reducing agricultural methane and nitrous oxide emissions, particularly in Southern holds great potential for mitigating human made emissions.

The study did not look at fossil fuel or natural gas emissions.

The terrestrial biosphere can release or absorb the greenhouse gases, carbon dioxide (CO2), methane (CH4) and nitrous oxide (N2O), and therefore has an important role in regulating atmospheric composition and climate. Anthropogenic activities such as land-use change, agriculture and waste management have altered terrestrial biogenic greenhouse gas fluxes, and the resulting increases in methane and nitrous oxide emissions in particular can contribute to climate change. The terrestrial biogenic fluxes of individual greenhouse gases have been studied extensively, but the net biogenic greenhouse gas balance resulting from anthropogenic activities and its effect on the climate system remains uncertain. Here we use bottom-up (inventory, statistical extrapolation of local flux measurements, and process-based modelling) and top-down (atmospheric inversions) approaches to quantify the global net biogenic greenhouse gas balance between 1981 and 2010 resulting from anthropogenic activities and its effect on the climate system. We find that the cumulative warming capacity of concurrent biogenic methane and nitrous oxide emissions is a factor of about two larger than the cooling effect resulting from the global land carbon dioxide uptake from 2001 to 2010. This results in a net positive cumulative impact of the three greenhouse gases on the planetary energy budget, with a best estimate (in petagrams of CO2 equivalent per year) of 3.9 ± 3.8 (top down) and 5.4 ± 4.8 (bottom up) based on the GWP100 metric (global warming potential on a 100-year time horizon). Our findings suggest that a reduction in agricultural methane and nitrous oxide emissions, particularly in Southern Asia, may help mitigate climate change.

You can find related resources in our research library in the category climate change mitigation, land, and the keywords land-use and land-use change, soils and carbon sinks and sequestration. You can also find related studies by searching for “anthropogenic” on the website. 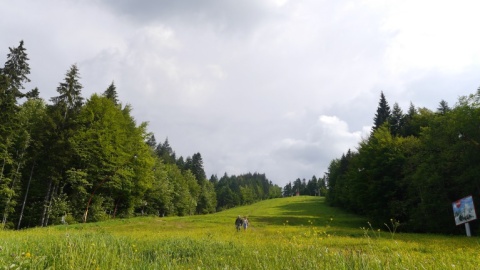