A new study suggests that enriching crops by adding a naturally-occurring soil mineral to fertilisers could potentially help to reduce disease and premature death in Malawi. Dietary deficiency of the mineral selenium plays a vital role in keeping the immune system healthy and fighting illness and is likely to be endemic among the Malawi population.

Most soils in Malawi have extremely low levels of the selenium available to plant roots and so selenium is not transferred into crops in sufficient amounts for optimal human health.

The study examined the diet and the resulting nutritional status of a total of 120 otherwise healthy women aged between 18 and 50 years old living in villages in Zombwe in the north of Malawi and Mikalango in the south. The findings showed that the natural acidity levels of the soil in the two regions   had a huge impact on the selenium levels of the inhabitants. Selenium intake was eight times higher in villages with more alkaline rich soils in Mikalango than those from villages in Zombwe where the soil was acidic. Similarly the women of the Zombwe region had less than half the levels of selenium in their blood and about one-third of the levels of selenium in their urine than that of their Mikalango counterparts.

Selenium (Se) is an essential human micronutrient with critical roles in immune functioning and antioxidant defence. Estimates of dietary Se intakes and status are scarce for Africa although crop surveys indicate deficiency is probably widespread in Malawi. Here we show that Se deficiency is likely endemic in Malawi based on the Se status of adults consuming food from contrasting soil types. These data are consistent with food balance sheets and composition tables revealing that >80% of the Malawi population is at risk of dietary Se inadequacy. Risk of dietary Se inadequacy is >60% in seven other countries in Southern Africa, and 22% across Africa as a whole. Given that most Malawi soils cannot supply sufficient Se to crops for adequate human nutrition, the cost and benefits of interventions to alleviate Se deficiency should be determined; for example, Se-enriched nitrogen fertilisers could be adopted as in Finland. 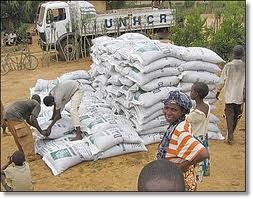