This paper by researchers from the University of Oxford, British Heart Foundation and the University of Reading investigates the impact on both health and greenhouse gas emissions (GHGEs) in the UK of introducing taxes on foods and drinks with high GHGEs, and/or on drinks with added sugar (sugar-sweetened beverages; SSBs).

The authors seek to highlight the “synergies and tensions” between low GHGE diets and low sugar diets, and claim this to be the first study to model the effect of taxing food and drink for having high GHGEs and drinks for having high sugar.

B)    The same as scenario A but with an added subsidy to products with GHGEs lower than the mean, so as to make it revenue neutral.

The researchers used the concept of price elasticity to estimate how the taxes and subsidies in these different scenarios would affect how much of each food group would be bought. They assumed that all products bought were consumed, with zero consumer-stage food waste. For each scenario, the researchers worked out the effect of these consumption changes on 11 different dietary variables (e.g. calories consumed, vegetables consumed, etc.) and thereby estimated the effect of each scenario on non-communicable disease mortality. They also calculated the resultant GHGE changes from each scenario, and the revenue generated.

The authors conclude that the best scenario for reducing mortality, reducing GHGEs and generating revenue is a scenario in which taxes on highly GHG-emitting foods are combined with a tax on sugary foods. They argue that as sugar has low GHGEs, taxing GHGEs alone could shift people’s diets towards sugary foods, while including a sugar tax helps to counteract this.

Background: Rising greenhouse gas emissions (GHGEs) have implications for health and up to 30 % of emissions globally are thought to arise from agriculture. Synergies exist between diets low in GHGEs and health however some foods have the opposite relationship, such as sugar production being a relatively low source of GHGEs. In order to address this and to further characterise a healthy sustainable diet, we model the effect on UK non-communicable disease mortality and GHGEs of internalising the social cost of carbon into the price of food alongside a 20 % tax on sugar sweetened beverages (SSBs).

Methods: Developing previously published work, we simulate four tax scenarios: (A) a GHGEs tax of £2.86/tonne of CO2 equivalents (tCO2e)/100 g product on all products with emissions greater than the mean across all food groups (0.36 kgCO2e/100 g); (B) scenario A but with subsidies on foods with emissions lower than 0.36 kgCO2e/ 100 g such that the effect is revenue neutral; (C) scenario A but with a 20 % sales tax on SSBs; (D) scenario B but with a 20 % sales tax on SSBs. An almost ideal demand system is used to estimate price elasticities and a comparative risk assessment model is used to estimate changes to non-communicable disease mortality.

Conclusions: Incorporating the social cost of carbon into the price of food has the potential to improve health, reduce GHGEs, and raise revenue. The simple addition of a tax on SSBs can mitigate negative health consequences arising from sugar being low in GHGEs. Further conflicts remain, including increased consumption of unhealthy foods such as cakes and nutrients such as salt.

Briggs, A.D.M., Kehlbacher, A., Tiffin, R., and Scarborough, P. (2016) Simulating the Impact on Health of Internalising the Cost of Carbon in Food Prices Combined with a Tax on Sugar-Sweetened Beverages. BMC Public Health 16 (1), 107

Read the full article here and see further coverage here. Another article covering this research can be found on Bloomberg news "Tax food, nut just fuel, to save the planet".

For a discussion of the potential and limitations of taxes in shifting consumption patterns you may be interested in the FCRN-Chatham House report: Policies and actions to shift eating patterns: What works?

You can find related resources in the Research Library categories on the Consumer Stage of the food system, and the issues of Climate Change Mitigation, Health Issues, Consumption and Diets, and Governance and Policy as well as the keywords categories on Behaviour and Practice, Food Taxes, GHG Impacts and Mitigation and Non-Communicable Diseases. 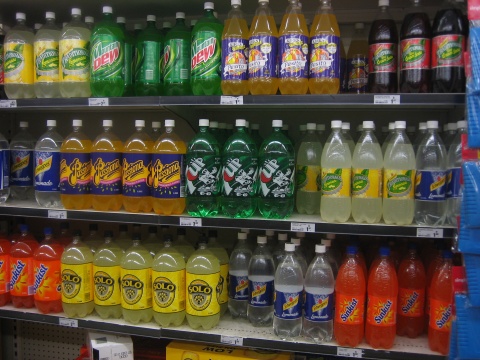