The second SoW-AnGR by the FAO reviews the developments that have been made in the area of using, developing and safeguarding the genetic resources (i.e. the diversity of breeds) of our mammalian and avian livestock since the first SoW-AnGR report was released in 2007.

These extensive and detailed reports are the outcome of an initiative by the Commission on Genetic Resources for Food and Agriculture (CGRFA) and are the product of a global assessment of the state-of-play, with contributions from 129 countries.

This ~600-page report is divided into 5 sections:

The report identifies the current total AnGR to comprise 38 distinct species, including 8774 separate breeds, and identifies the major benefit of this diversity (and of maintaining this diversity in the future) as being the capacity for adapting to changing pressures, particularly in light of climate change and emerging diseases. The report finds that 17% of breeds are at risk of extinction and raises the concern that not enough is known about the specific beneficial traits of certain endangered breeds, which might be lost before they can be used. Major threats to AnGR are identified as being indiscriminate cross-breeding (which is a particularly prevalent problem in developing countries where breeding stock is imported), insufficient management policies and institutions, and poor disease control.

The report also highlights positive progress that has been made, including the establishment of gene banks in 64 countries and 41 more in the pipeline, the emergence of new genomic technologies, and the vastly increased recognition that the issue of livestock genetic diversity is now receiving in policy agendas.

Several key recommendations are made in light of the report’s findings (these build on or complement the recommendation of the 2007 Global Plan of Action for Animal Genetic Resources), emphasising the need for: improved assessments of the threats to AnGR; the strengthening of institutional frameworks for managing AnGR; the strengthening of breeding strategies to take maximum advantage of the genetic diversity available; and the expansion and diversification of conservation programmes.

You can find related resources in the Research Library categories on Animal Issues, Governance and Policy and Bioeconomy and Technology, as well as in the keyword categories: genetic diversity, adaptation policies, breeding, trends and projections and livestock systems. 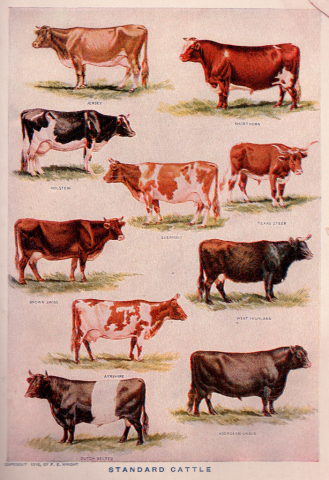