FCRN member Christian Reynolds has co-authored this paper, which finds that in Japan, differences in the carbon footprint of household food consumption are driven by what the paper describes as “unexpected” food categories: the households with higher food carbon footprints spend more on restaurant food, fish, vegetables, alcohol and confectionary.

The paper notes that many studies, including the EAT-Lancet Commission on healthy diets from sustainable food systems, recommend reducing household dietary carbon footprints by shifting away from beef consumption towards white meat and vegetables.

Many studies, including the EAT-Lancet Commission report, have argued that changing diets—in particular, shifting away from beef in favor of white meat and vegetables—can substantially reduce household carbon footprints (CFs). This argument implies that households with high CFs consume more meat than low-CF households. An observation of diet and CF across 60,000 households in Japan, a nation whose diet and demographics are in many ways globally indicative, does not support this. Meat consumption only weakly explains the difference between high- and low-CF households and is not localised to any particularly easily targeted group. We find that while nearly all households can reduce their CF by eating less meat, higher-CF households are not distinguished by excessive meat consumption relative to other households but rather have higher household CF intensity because of elevated consumption in other areas including restaurants, confectionery, and alcohol. 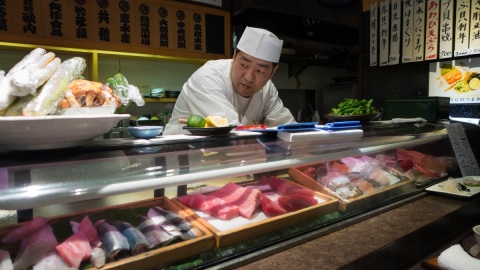