Predictors of virus spillover risk from other mammals

The paper suggests that animal-human interactions are likely to occur during hunting and human encroachment into areas of high biodiversity, increasing the risk of virus transfer.

Emerging infectious diseases in humans are frequently caused by pathogens originating from animal hosts, and zoonotic disease outbreaks present a major challenge to global health. To investigate drivers of virus spillover, we evaluated the number of viruses mammalian species have shared with humans. We discovered that the number of zoonotic viruses detected in mammalian species scales positively with global species abundance, suggesting that virus transmission risk has been highest from animal species that have increased in abundance and even expanded their range by adapting to human-dominated landscapes. Domesticated species, primates and bats were identified as having more zoonotic viruses than other species. Among threatened wildlife species, those with population reductions owing to exploitation and loss of habitat shared more viruses with humans. Exploitation of wildlife through hunting and trade facilitates close contact between wildlife and humans, and our findings provide further evidence that exploitation, as well as anthropogenic activities that have caused losses in wildlife habitat quality, have increased opportunities for animal–human interactions and facilitated zoonotic disease transmission. Our study provides new evidence for assessing spillover risk from mammalian species and highlights convergent processes whereby the causes of wildlife population declines have facilitated the transmission of animal viruses to humans. 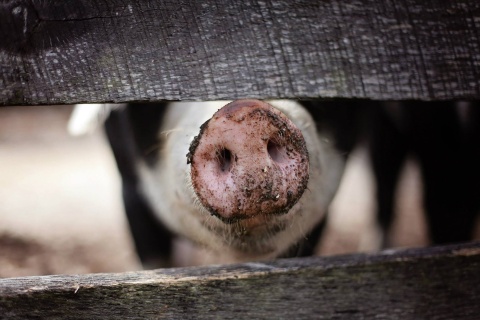