This paper presents biodiversity scenarios as a useful tool to help policymakers predict how flora and fauna will likely respond to future environmental conditions. Although changes to land use are a major driver of biodiversity loss, the study finds that scenarios focus overwhelmingly on climate change. The researchers argue that this imbalance makes scenarios less credible, and they make recommendations on how to improve and make more plausible projections.

Critical to preventing further biodiversity loss are plausible scenarios of future environmental conditions. A forward-looking approach is particularly important when it comes to biodiversity as the causes of its decline and the impact of those causes change over time.

Furthermore, the later action is taken, the more costly and time consuming it is for it to be effective, and the less likely it is to prevent damage. The researchers reviewed academic literature from the past 25 years to estimate the number of studies that developed scenarios based on climate change projections, land use/cover change projections, or a combination of both. The study showed how few studies included the expected impacts of future changes to land than to climate. Over 85% used climate change projections alone, while only 4% used projections of land use/cover change alone. The two were combined in only 10% of the studies. The researchers found that the imbalance towards climate change increased sharply over time, reaching a maximum in 2014.

Efficient management of biodiversity requires a forward-looking approach based on scenarios that explore biodiversity changes under future environmental conditions. A number of ecological models have been proposed over the last decades to develop these biodiversity scenarios. Novel modelling approaches with strong theoretical foundation now offer the possibility to integrate key ecological and evolutionary processes that shape species distribution and community structure. Although biodiversity is affected by multiple threats, most studies addressing the effects of future environmental changes on biodiversity focus on a single threat only. We examined the studies published during the last 25 years that developed scenarios to predict future biodiversity changes based on climate, land-use and land-cover change projections. We found that biodiversity scenarios mostly focus on the future impacts of climate change and largely neglect changes in land use and land cover. The emphasis on climate change impacts has increased over time and has now reached a maximum. Yet, the direct destruction and degradation of habitats through land-use and land-cover changes are among the most significant and immediate threats to biodiversity. We argue that the current state of integration between ecological and land system sciences is leading to biased estimation of actual risks and therefore constrains the implementation of forward-looking policy responses to biodiversity decline. We suggest research directions at the crossroads between ecological and environmental sciences to face the challenge of developing interoperable and plausible projections of future environmental changes and to anticipate the full range of their potential impacts on biodiversity. An intergovernmental platform is needed to stimulate such collaborative research efforts and to emphasize the societal and political relevance of taking up this challenge. 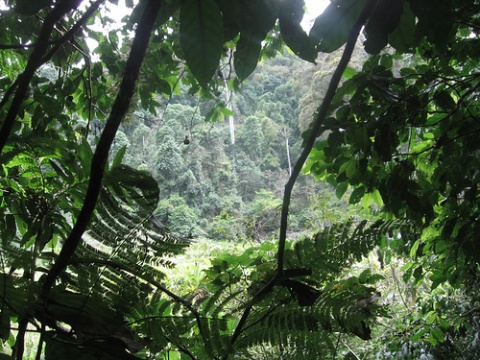